I’ve been using the new Apple TV for a week now; I went and bought one. And I’m here to ensure that if you want to buy one too, you do it for the right reasons. 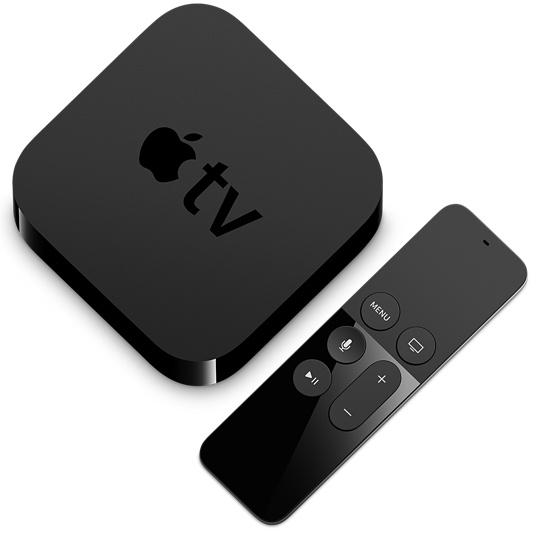 How Much Does an Apple TV Cost?

It’s hard to recommend buying the fourth generation Apple TV as a dedicated gaming device; for the price, there are much better options. With the recent price drops on the PS4 and Xbox One, Australian gamers can grab themselves one of these two trusted devices anywhere from the low to upper $400s, depending on the bundle chosen.

With the Apple TV costing gamers in that same part of the world just under $350 for the 64GB version, and the 32GB unit around $270 - then add an MFi controller on top of that - and the cost starts to look very similar to those new generation consoles.

The Apple TV's strength, however, lies in its multi-functionality and the user-experience it provides media consumers; many of whom will also happen to be long time gamers.

I spent hours tinkering with Apple's latest offering exploring its capacity as a gaming device, to discover a simple truth - without an MFi controller, those after anything more than a very casual gaming experience will not be satisfied. With a controller connected, on the other hand, the potential is there for this new kid on the block to gain some serious traction as a quick, go-to option for mid-core experiences.

Is the Siri Remote good for gaming?

The Siri Remote is a fantastic piece of kit, and true to Apple's form, it's been designed with a minimalistic elegance that belies its layers of functionality, making the Apple TV an easy recommendation as a portal to media consumption.

I can see Siri quickly becoming my preferred method of searching for content, as while entering requests letter by letter is still an option, when I hit the mic button and asked for the “latest episode of The Walking Dead” I was there in seconds.

Having all the streaming service apps - Netflix, Stan, free-to-air catchups, sports subscription channels, etc - plus all the other options of movies, music, digital radio, shopping, and more all in the one place with the ease of use that Apple TV brings makes it a great lounge room hub.

Navigating with the touch surface of the Siri Remote also quickly becomes second nature, and is a great replacement to having to rely on learned muscle memory to get to where half a dozen buttons are.

Gaming, however, is our main concern here at Grab It, and as a game controller the Siri Remote puts an interactive barrier between gamers and the familiar playing experiences that we're used to. It results in an alien strangeness that shuts down your brain and makes you wish you were holding a "proper" controller.

We're conditioned now; thumbsticks, shoulder and face buttons have become second nature. We are fluent in this interactive language and it enables practical solutions to our hobby's varied genres. The Siri Remote doesn't have all those options.

What is an MFi Controller?

Fortunately, compatible MFi controllers such as the SteelSeries Nimbus exist, steering us back towards familiar territory, and adding a whole new dimension to the little black box we've just brought home primarily to stream media.

The writing on the wall hinting at gaming heading to Apple TV became a lot clearer in 2013, when with the arrival of iOS 7 (the seventh version of Apple’s mobile operating system) the MFi controller program surfaced. This caused many to assume it was only a matter of time before the controllers became compatible with Apple TV, as gaming with a BlueTooth controller on the small screens of iPhones and iPads seemed like far too small a niche for Apple to go to that effort to cater for.

Since then, many well-known, reliable brands have jumped into the MFi market - Logitech, Mad Catz, Razer, Moga, and others have gamepads worth checking out.

SteelSeries have partnered with Apple, and its latest controller - the Nimbus - has become the default gamepad for Apple TV, being pictured in any marketing Apple does relating to gaming on the device. It’s the controller I’ve bought, and having spent the last week putting it through its paces, I can comfortably say it’s a great option to go with.

Players currently have two options when it comes to finding games. The first is to stick to Apple's featured lists such as What to Play, Gorgeous Games, Start Your Engines, or One-Touch Games, the second is to search through all the apps alphabetically, one letter at a time.

During these early weeks while app numbers are limited, those featured lists contain the bulk of significant gaming experiences currently available, and in essence serve as the current gaming categories. As numbers grow however, an update with a dedicated Games section curated into genres surely wouldn't be too much to ask for.

What are the best games to play on Apple TV?

Pickings are currently slim for those searching for more than a simple puzzle game or auto-runner. Sure you can play Jetpack Joyride or Mr. Jump on the Apple TV, but that's not what you bought your Nimbus MFi controller for, right?

For those looking for games with a little more meat on their bones, those previously mentioned Gorgeous Games and Start Your Engines lists are a great place to start. A couple of easy recommendations are Rayman Adventures, Asphalt 8 Airborne, and the Zelda-inspired Oceanhorn. Rayman needs no introduction, and his new big screen adventure is a full blown 2D action platformer with the gorgeous production values fans will expect from Ubisoft's mascot.

After downloading Asphalt 8 Airborne with the intention of comparing it to its iOS counterpart, the rest of my afternoon disappeared very quickly, and after dinner I went straight back to it to complete some more tournaments. Oceanhorn is a full 3D adventure-RPG that sits somewhere between The Legend of Zelda: Wind Waker and Final Fantasy. From exploring dungeons to sailing boats and even fishing, it’s colourful, vibrant and every-bit a console-like experience.

You can read more about Rayman Adventures and Asphalt 8 and why you should grab them on Apple TV right here, and for a deep, behind the scenes look at Oceanhorn check out our cover feature in Episode 2 of Grab It, where we reveal our exclusive making of interview with the developer.

For those partial to twin-stick shooters, the sci-fi adventure Xenowerk TV is definitely worth the price of admission for AU$4.50.

These games, when coupled with a worthy controller such as the Nimbus, will make you forget you are gaming on an Apple TV - which is a very backhanded compliment to the device, but it's meant with all good intentions. It's a sign of good things to come, assuming enough controllers get into enough hands to make it worthwhile for developers to bring these sorts of traditional gaming experiences to the device.

There are more games on the way; Crescent Moon Games has revealed it'll be publishing NeoArcade for Apple TV, Dead Mage's Shadow Blade: Reload is coming in early 2016, and there are many on this early list of titles that have yet to surface. No doubt we can expect a bunch of new announcements as we come quickly into the holiday season as well.

The add-on value of your MFi controller is only set to increase over the next few months.

Is the Apple TV worth it?

Do we need another gaming option on the marketplace? Of course not. But with a player as big as Apple providing yet another gateway for developers to find their way into our lounge rooms, it will make for some interesting left-field competition.

Apple TV is always on standby, and fires up into playable mode almost instantly. Over the last few days since my purchase, this very fact has led to a number of impulse gaming sessions that I didn't stop to think twice about and talk myself out of.

I don't expect to see a port of The Witcher 3: Wild Hunt on Apple TV anytime soon, but I do expect to lose a certain portion of my game time to this stealthy, and completely silent microconsole ninja. Just how much remains to be seen.