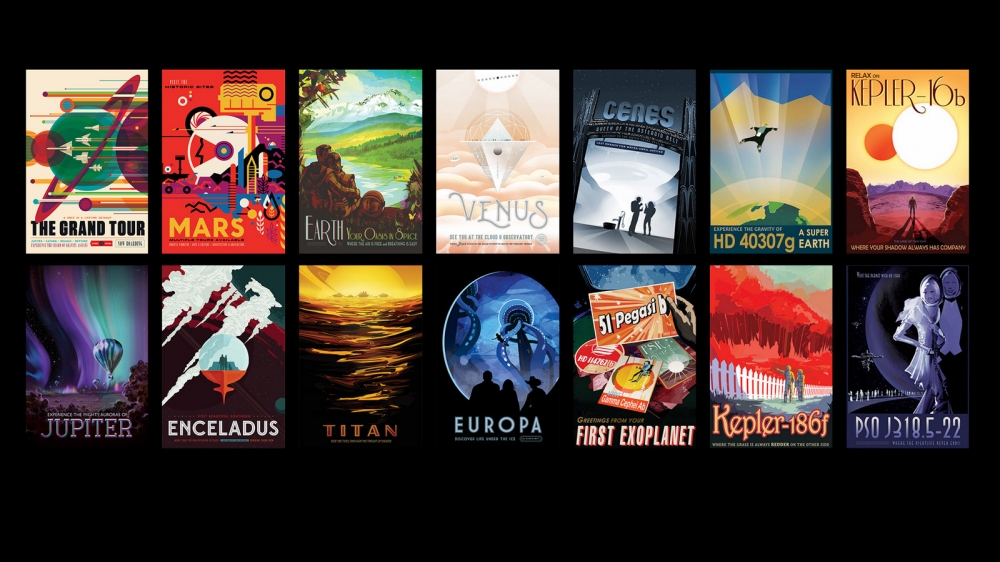 Exoplanets are those that orbit a star other than our own, and in 2015 NASA's Jet Propulsion Laboratory was celebrating 20 years of discovering these other worlds. Marking the anniversary in a wonderfully out-of-the-box fashion, JPL created a set of mock travel posters for imaginary tourists of the future, advertising these exoplanets as desirable holiday locales, with their fantastical sights and experiences.

Each poster even has its own slogan, showcasing a feature of each destination. Some are humorous, such as this one for Kepler-186f: 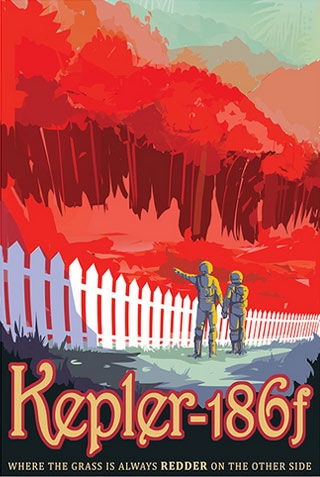 And some are strangely poetic, such as this one for Kepler-16b, which plays on the fact that this exoplanet boasts two suns: 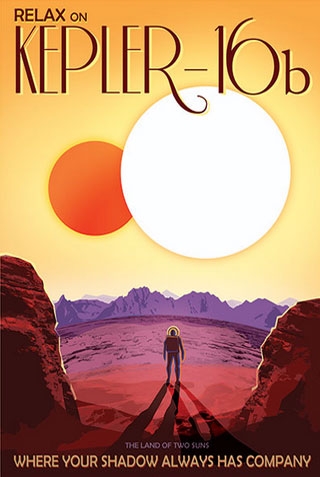 What really struck us about this mock travel bureau concept from JPL was how it reminded us of upcoming No Man's Sky from Hello Games. Check out the colour palettes used by Hello Games in the trailer embedded below (narrated by none other than Rutger Hauer), and it's almost like the posters have been brought to life. But it's not just the colours alone, it's the tantalising glimpse that JPL has conjured of a future in which these exoplanets will be an attainable experience hanging in space, waiting patiently to satisfy our curiosity.

This is the dream that No Man's Sky also seems to be tapping into, with endless exploration its key focus. The game's procedurally generated galaxy is not infinite, but with 18,446,744,073,709,551,616 planets to visit, it might as well be, as it would take 585 billion years to visit them all if you went to one every second. With these sorts of numbers being thrown around, it of course means that gamers will be exploring planets that potentially no one else will ever see.

The Jet Propulsion Laboratory's Exoplanet Travel Bureau, and Hello Games' No Man's Sky feel as if they are both tapping into the same fundamental need we as humans have - that of extending our boundaries ever outwards, to see and experience the unseen and unknown.

No Man's Sky has a release window of June 2016, and for this writer at least, that can't come soon enough.