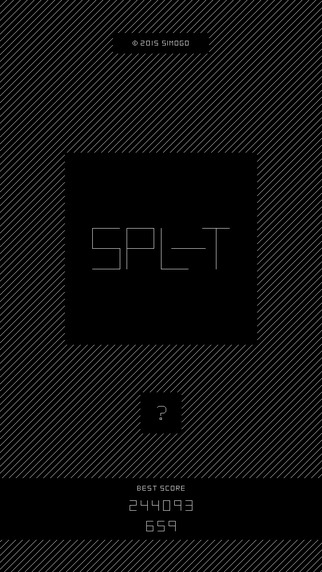 "We know. It doesn't look like much.
But we promise that it's a very good puzzle game.
Like, really good."
- Simogo's App Store description for SPL-T

Simogo snuck its new game out this week with no hype, no fanfare, nothing. All of a sudden we had a new Simogo game. That alone is no small thing, as the studio has been reaping credibility and accolades by the truckload with each new release - Device 6, Year Walk, Beat Sneak Bandit, Bumpy Road and The Sailor’s Dream. That’s some list.

The variety in Simogo’s releases is one of the few things that its games have in common, if that makes any sense. Continuing with that theme of variety, SPL-T adds a simple numbers puzzle to the studio’s growing list of titles. Or does it?

69.7MB is the download size that shows in the App Store’s description, but loading up SPL-T and being confronted with a very sparse, two-colour graphical interface that carries a straight forward number puzzle seems contrary to the size of the app itself. And that’s where the mystery begins.

Also Read: Our exclusive interview with Simogo on the making of Device 6 in the free Grab It Episode 1

Without spoiling too much (although I will say ** spoiler alert ** now so if you’d rather know nothing at all look away and just click here) once you start handling and exploring the interface and menus some intriguingly cryptic things occur. I won’t say how I found it, it wasn’t hard, but here is a message within the game that I took a screenshot of: 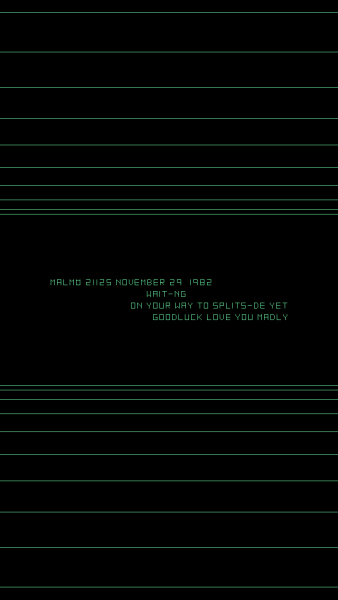 Search around a little on the Internet, or spend some time with SPL-T yourself, and you’ll find some other clues players have discovered.

Now I’m no mathematician, but maybe with the sort of basic number game that SPL-T is, means there might be a finite number of ways it can be solved. Maybe there is an optimum solution for this puzzle - a highest achievable score. Splitting boxes down the middle into equal sized groups of four creates numbers within those boxes, with each split after that causing those numbers to count down. On reaching zero that set of four boxes will drop away leaving a blank area within which to create more boxes. Got it? That’s a very abridged version anyway.

Will the optimum solution if there is one, or just reaching a certain score act as a combination lock or security code to unlock the real game? Or maybe the next level in a series of mind-melting puzzles? Has Simogo done a RedLynx and created a mystery worthy of the Trials series?

Time will tell, and it will take someone a lot smarter than this writer to solve this mystery, but I have to admit, I can’t wait to see what happens next.