It’s a great time to be Australian. Or Canadian. Or Dutch. Hell, even a New Zealander. These four App Store regions have recently been treated to a soft launch of Galaga reboot - Galaga Wars - and it’s fantastic. 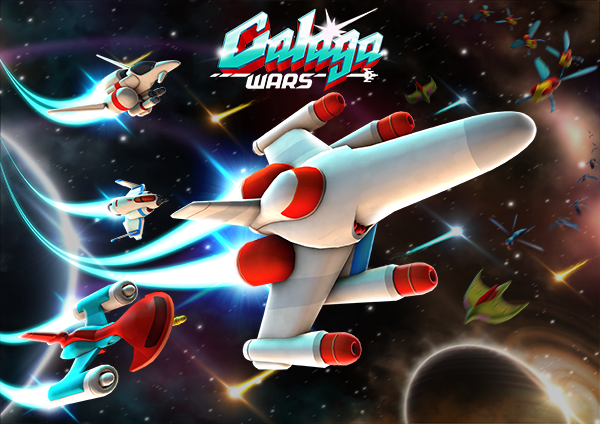 Space Invaders has a lot to answer for. In the late ‘70s Taito Corporation created a mould that became the staple for imitators to follow for decades - an avatar on the bottom of the screen shooting upwards at swarms of enemies. Developers took this simple formula and added unique tweaks to stand out from the crowd, with Namco’s Galaxian giving us alien ships that came at us from all sorts of angles, as opposed to the horizontal and vertical restrictions of Space Invaders.

Galaxian’s sequel - Galaga - added even more features, such as the ability to fight with two ships on the bottom of the screen, doubling your fire power, and Paladin Studios have a done a great job honouring the IP. Adding a polish to make the most of the power of our modern mobile devices, and a now familiar benevolent monetisation structure, Galaga Wars feels suitably classic, but not stuck in the past.

Also Read: Smash Time Review - Missile Command, Whack a Mole and Colour Matching. Sure, Why Not?

Bandai Namco - the owner of the Galaga IP - similarly tapped indie superstar Hipster Whale (of Crossy Road fame) last year to give PAC-MAN an endless, free-to-play makeover. The result - PAC-MAN 256 - was so positively received by mobile gamers, that it now even exists on PS4 and Xbox One.

Players collect coins to upgrade their ship’s weapons, battling through stages and boss fights that gradually increase in difficulty. Once a stage has been completed you can start from that stage by using collectible warps gems, or just fighting your way through again, with 11 stages currently available. I’m currently able to get through to stage four, and it ain’t no picnic, but I can feel myself improving over time, which is a sign of nicely structured balance, rather than being too easy or just randomly inconsistent.

Money can be spent on different star ships with names that will be familiar to long time fans of the IP - including Xevious, Galaxian, and Star Blade. Each ship comes with a completely different weapon load out, all of which can then be upgraded.

Paladin Studios has treated Galaga with the respect it deserves - gameplay is slick and hard to put down, with beautiful neon cannon effects, satisfying explosions, and a nice difficulty curve.

With Galaga Wars already available in four different regions, it can’t be too far away from a world wide release, and it’s a great addition to your pocket gaming when it drops. Check out the trailer below.