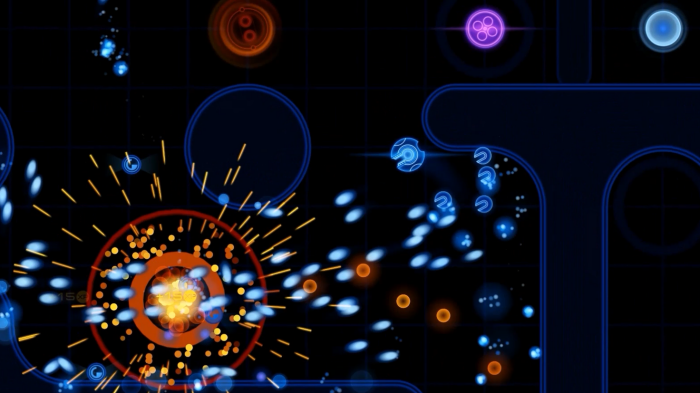 No that's not a typo.

In a blog post today Radiangames explained that after failing to meet its September target for releasing Inferno 2, we could always just consider October 2 to be September 32 and still call it a win. Whilst adding the developer's caveat of "no guarantee" for meeting the October 2 date, it looks pretty likely we'll have our hands on the sequel around then.

Starting life as an Xbox Live title, the award-winning dual-stick shooter found its way to iOS in the form of Inferno+. With RPG elements courtesy of a ship upgrade system, and in what is becoming Radiangames' signature, a neon coloured visual style, Inferno+ is a blast.

Double the shooting goodness of Inferno+, the sequel promises 80 levels of smooth eye-melting action. Check out the trailer below for a taste of what to expect, and start practicing now by grabbing the original right here.

We also highly recommend you check out Radiangames' titles in general as the company is very good at what it does, mixing those gorgeous visuals with tight controls in shooters such as Super Crossfighter, JoyJoy, Fireball SE, Ballistic SE, and its racer Fluid SE.

Super Crossfighter was one of our showcased games in the recently released Episode 7 of Grab It, too.

Spoiler Alert - The trailer below contains all of level 29 of Inferno 2, so look away if you'd rather not have that "aah" moment spoiled after you beat level 28.