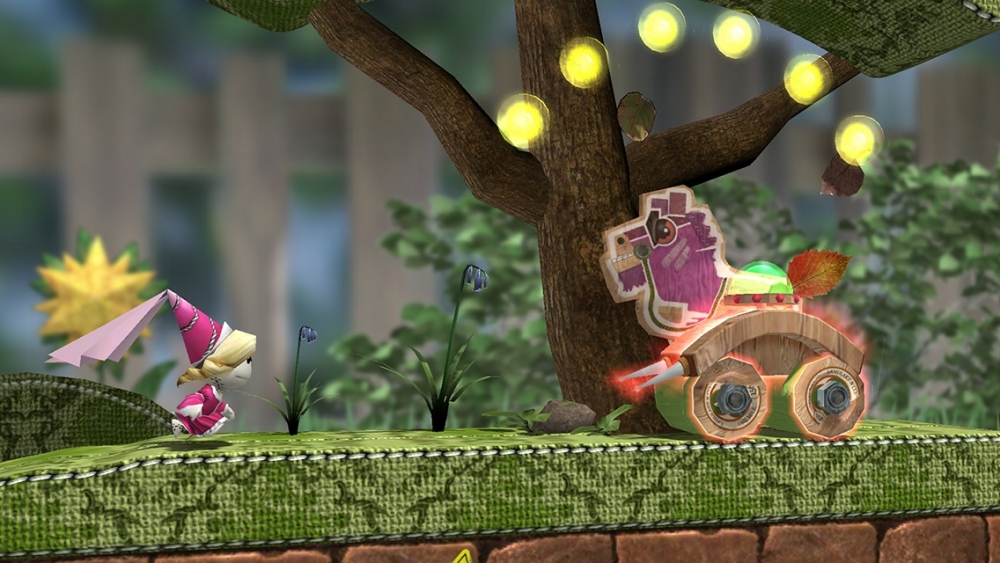 As PS4 owners across the globe would know, Sackboy and his sackfriends are storming back to consoles later this year in LittleBigPlanet 3, and Sony wants you to hit the ground running, literally. The console-making behemoth has just announced a prequel spin-off experience for Vita, Android and iOS called Run Sackboy! Run! It will be out this October, prior to the main console release, and is described as a free-to-play platform-survival game... we assume that's because saying something is an endless runner nowadays is not cool.

So you will be endlessly... platforming... from a creativity sucking vacuum called The Negativitron, which will be close at your heels as it gobbles its way through the Craftworld. There are three worlds from the series to get through - The Gardens, The Canyons and Avalonia – and they look pretty special in the screenshots. You'll collect bubbles as you go, which can be converted into costumes (which have their own unique score multipliers) and upgrades, with swipes and taps handling all the movements. Some interesting power-ups will dot the landscape, too, including a Jet Pack, Shield and Magnet and the Glider.

So not the most amazing news ever, but still, why not? It's nice that you can unlock goodies in the main game by playing this prequel, too. In the interim, why not check out similar experiences from the Rayman series:
- Rayman Fiesta Run
- Rayman Jungle Run