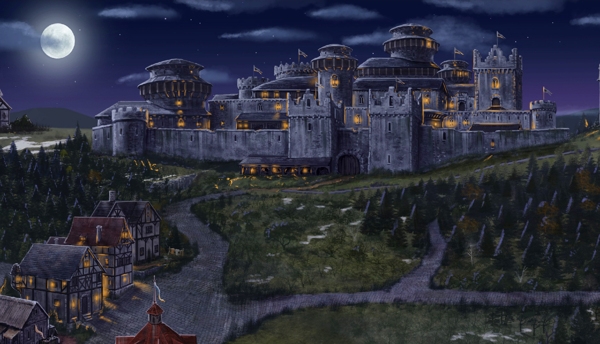 Update: Game of Thrones Ascent just went live on the App Store, you can grab it here. It is also now available on iPhone and Android devices.

Original Story: The Game of Thrones series needs little introduction. What was, only a few years ago, a hidden secret amongst an underground army of loyal nerds – in which I proudly stand – is now a blockbuster mainstream phenomenon. Everyone knows that Jon Snow knows nothing, it seems.

Amongst the community of Facebook gamers, the series is also known for its excellent politically-driven strategy RPG Game of Thrones Ascent by developer Disruptor Beam. A huge hit on the social platform, we were very excited when word emerged that the game was being brought across to tablets. Originally set for early February, a small delay has seen Disruptor Beam team-up with Kongregate and spy an early Q2 release. Given that Season 4 of the show starts on April 6, we suspect it will definitely be out by then, if not day and date.

We reached out to the studio to learn more, and heard back from lead designer Tim Crosby and COO Hank Howie:

Fans are very precious of Game of Thrones as it means so much to them: for you, what is it that makes Westeros such an engaging and immersive world to step into, and how did that shape the direction you took with the game?
We’re all fans of Game of Thrones as well, so when we talk about satisfying fans, we talk about satisfying us as much as them. Westeros is an ideal setting for this type of immersive, social game because it’s all about politics, alliances and backstabbing. It’s a very strong, well-realised world full of interesting characters. Staying true to all of that was the first and most important step in designing the game. As just one of many examples, we knew that it would be important to be able to progress and succeed, not only by battle and force of arms, but also by clever trading or by subterfuge and intrigue.

How do you handle giving players a sense of ownership over their character’s trajectory without disrupting the established history of Westeros?
The source material helps us out a lot. We know that there are many nobles in Westeros, each of whom control their own holdings. With the player taking on that role as a noble, they’ll immediately have people, land and responsibilities. Story-wise, the players have control over their own places in the world and their own holdings, but we designated some incidents as canonically immutable. For the canon events, the player can act as an agent of the greatest powers of the world or be a fly on the wall to observe.

Can you give an example of the kinds of story that a player can forge in Westeros and how other players can become a part of that?
As part of the game’s storyline, players can and often do enlist the aid of friends and other players to physically combat foes together in order to move their individual story forward and progress as a noble in Westeros. Players can also join with other players in the game, as friends and/or fellow Alliance members, to propel their Power and their shared Alliance’s standing in the game to new highs… or lows.

Why did you decide to have players create a new house rather than be part of the many other houses that already exist within the universe?
From a player perspective, being a new noble allows your choices to set the tone of that house. We know hat there are many minor nobles in the Westeros, and that they have their own struggles and problems that may be different from the Great Houses. Starting a new house allows some more insight into that part of Westerosi life.

For the uninitiated, how would you describe the moment-to-moment gameplay? Were there any titles you looked to for inspiration?
The moment-to-moment gameplay depends partly on what you want to focus on. If you are interested in forging new weaponry and armour, you can send your sworn swords off to perform adventures and gain resource that you can craft. If you want to move through the story, you can interact with your advisors and make difficult decisions. If you want to build up your holdings and personal abilities, you can construct or improve buildings and plan out which talents you want to gain. If you want to form bonds of friendship and enmity and demonstrate your prowess to other players, you can join an alliance and participate in the ongoing alliance-versus-alliance conflicts that sweep over the land.

Many other games have influence Game of Thrones Ascent. It’s very much its own game in the way it combines some of our favourite elements from other games while adding in new aspects. It’s probably impossible to track all of the influences, but I will say that we have people working on it who have worked on MMOs, triple-A console games, mods, social games and mobile games. GoTA has a pretty fine pedigree.

Game of Thrones Ascent runs on your internally created engine, Thorium. Can you give some examples of how working with your own engine allowed you to improve the gameplay experience?
It allows us control over the back-end, the front-end, and everything in between in our game. We are able to focus on the data we want and need to see, and if we want to expand any particular area we’re looking at, it’s totally within our power and capability to do so. The same is true for game performance. That’s important when performance can and does have such a direct effect on the player’s experience playing the game.

Was there always a plan to adapt this game onto tablets or did this idea develop as the game evolved?
We knew that we wanted to have a mobile version of the game from the early planning stages, but even with that in mind, it takes a lot of work to make the best experience for each platform!

What have been the most significant challenges in in adapting the game to the mobile platform? Have you had to sacrifice anything?
Nothing was sacrificed - well, except for what is required by Dothraki custom - and you will see the same content and features in the web and mobile versions. The biggest thing we had to get right was a new interface to correctly fit and respond for the tablet.

With that in mind, what advantages does the mobile platform offer and how are you capitalising on that?
We’ve completely re-written the player interface for the game. Doing so made us think really carefully about how we wanted to present the game to our players on these platforms. Mobile platforms are very visceral, “touch” experiences, and we think that the game is now even more approachable and that players, both current and future, will enjoy playing Game of Thrones Ascent even more - and in more places - on their mobile tablet devices.

What kind of input did George R. R. Martin have in the game? Do you have any examples of how he shaped certain design decisions or plot devices?
One important thing from our perspective was to show GRRM that we really understood the universe he created, and that we were not going to mess with it. So Disruptor Beam develops our own approach to the canon storylines and creates our own new content, but he has veto power over anything we create. One example of a design decision that he shaped was our concept of risk for Sworn Swords - he felt there needed to be more possibility for their death. This was great, because ultimately his input added another facet and some additional depth to the game.

The game is known on Facebook for its consistent updates; will they continue on the IOS version and what kind of content do you have planned? We’ve heard this will include tying it into the show; can you give an example of how that might work?
Oh my yes. It’s the same content on the web and on mobile device - continuous updates of story, items and forms of multiplayer interaction. Season 4 of the show is coming up on HBO, and we have a schedule that lets players “see it on Sunday, play it on Monday.” What that means is that the next morning after watching the episode on HBO, you can experience those events as a character within Westeros through Game of Thrones Ascent. Being able to relive your favourite (or least favourite) moments with the game is a special kind of joy. We don’t want to spoil anything in Season 4, but I can tell you that we had a great reaction from our fans after the Red Wedding last season.

One of the scariest aspects for fans of Game of Thrones is that the genius behind it all can’t live forever and therefore, won’t always be able to provide paths for new content. From what you have seen and the impression you’ve received working on the brand, do you think Martin has a vision for Westeros beyond the current book series that allows it to grow well into the future?
One thing to realise with GRRM is that he seems to have the entire history of Westeros in his head, in even more detail than he can even communicate with the books. He could probably continue telling stories in that universe forever, and it’s only a question of what he wants to do with his time and energy. We actually know that there are other engrossing tales in that world from his Dunk and Egg novellas. I don’t think he’s steered us readers and fans wrong yet, so I’m just happy to read whatever he writes.