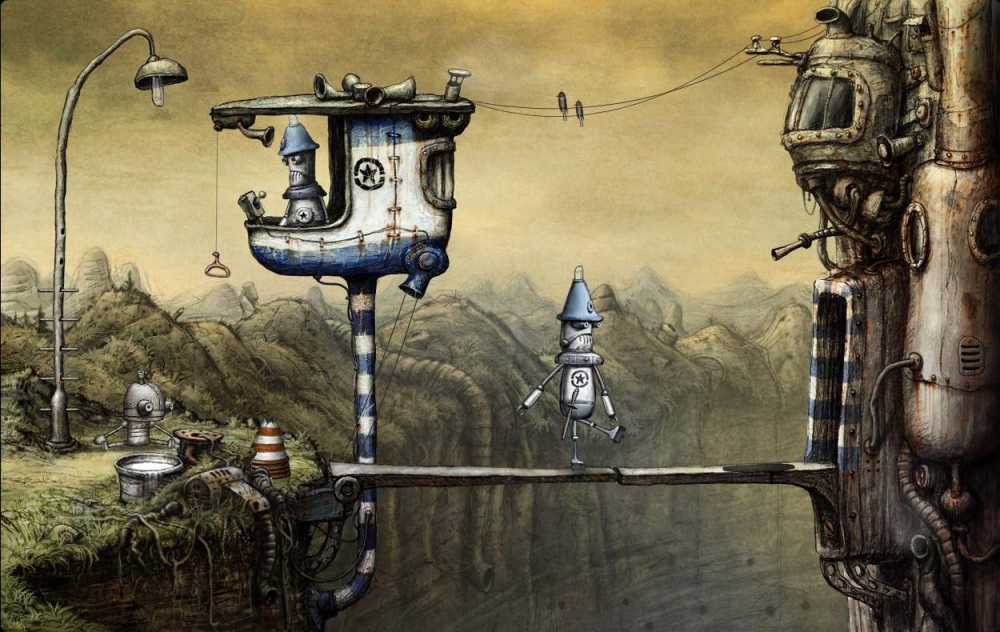 One of the standout games showcased in Episode 5 of Grab it is Botanicula by Amanita Design. We gave the game 5-stars and alongside our analysis, ran an interview with a developer that is quickly cementing itself as a legend of the indie scene. Already hugely popular thanks to point-and-click classic Machinarium, Botanicula proves it was no fluke and the studio is one of supreme talent.

As part of the interview, we asked the developer how much the success of Machinarium influenced the design direction of Botanicula. Here is the response from Amanita founder, Jakub Dvorský;

"I think Machinarium success didn’t have any significant influence on Botanicula, which is probably more connected with our previous titles from the Samorost series. It’s has less challenging puzzles and it’s more lighthearted, funny and casual than Machinarium. Actually we don’t decide which games to develop according to potential success as that’s not interesting for us. If it was then we would make Machinarium 2 right away because that’s our biggest hit so far and people ask for it all the time."

So while not ruling out a sequel, it's certainly not a priority, with the studio instead focused on the multiformat release of Samorost 3.

To read the full interview, our review of Botanicula and 14 other showcased games, nine exclusive interviews and three huge features, check out Episode 5 of Grab It - The Game Discovery App.