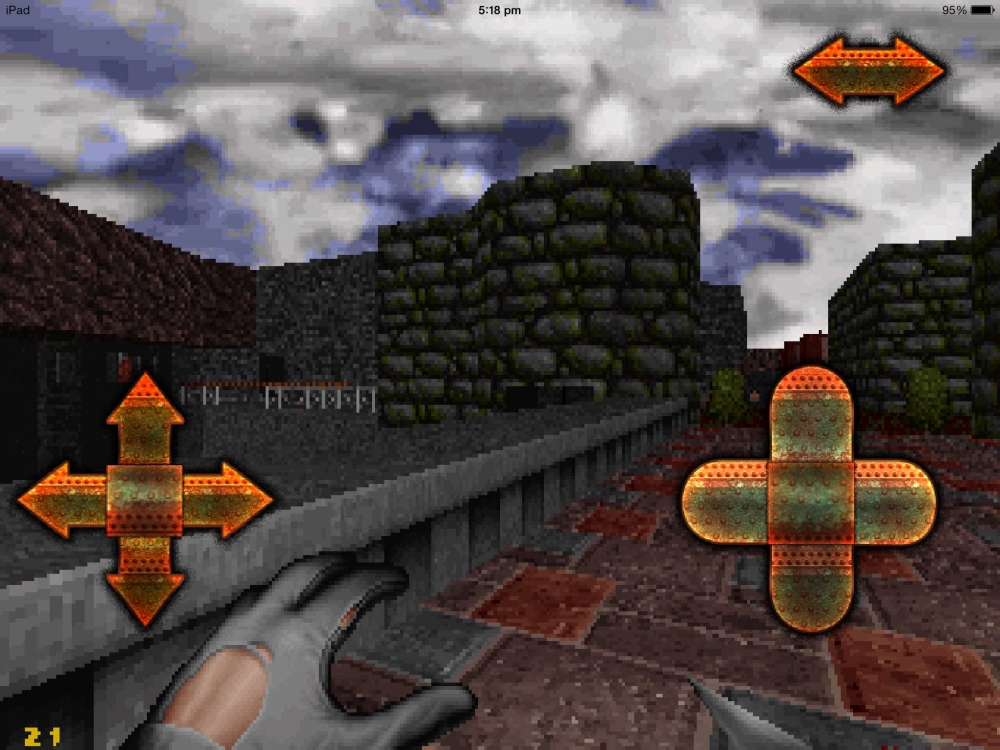 A few weeks ago, developer Javier Chavez reached out to us with news that his remake of cult classic 1996 FPS Strife had just arrived on the iOS. The game was the last of the Doom-likes that emerged after the release of Doom II: Hell on Earth and id Software’s Doom Engine. Last because 1996 was also the year that Carmack and co. released Quake and it’s far more robust engine upon the world.

It’s a super old-school experience - we’re talking no strafe and no up or down here. But those of us who remember tinkering around building Doom levels and immersing ourselves in the unforgettable aesthetic, gameplay mechanics and sound effects that particular engine celebrated so passionately will instantly fall in love with Strife. It’s a small moment in time captured perfectly and ported whole scale.

Which brings with it pros and cons.

If you’re not willing to accept the restricted movements, hard difficulty and overly aggressive inanimate objects that inexplicably block your path with invisible barriers, then what could be a happy nostalgia for some will morph into a horror story for others. In particular, the archaic controls struggle on the touchscreen, where you must go forward, turn, forward in almost a grid-like fashion.

The port also has fundamental stability issues - you’ll want to save often lest you’re jumped out to your desktop all of a sudden. Plus elements of the dialogue trees are obscured inexplicitly by the mammoth virtual d-pads (or should that be virtual WASD) that dominates both corners of the screen.

Yet Strife deserves to be more than a footnote from the cusp of, effectively, a generation leap. I couldn’t help but be impressed by the variety and depth original developer Rogue Entertainment had crowbarred into this archaic engine. The early forays into branching story paths, dialogue trees, RPG-lite elements (inventory, fully-voiced characters, an actual storyline) and even an open-ended hub world with shops and wandering NPCs, must have been ahead of its time back in the mid-nineties. You can see how games like System Shock 2 must have taken note of its advancements.

For a $1, it therefore makes this a worthwhile look for the retro-curious keen to scratch a Doom itch they didn’t know they had while dusting down a transitional fossil in the evolution of our industry. Just check your expectations at the door though: for the big smile it will give you when you hear those SFX, the frustrations of frequent freezes and fiddlesome controls will test your patience.

We also recommend picking up Episode 2 of Grab It while you are on the App Store, which amongst a tonne of other content – including 14 exclusive interviews – is our Top 10 FPS Games on iPad.

Recommended Articles:
- A Step-by-Step Guide to Getting Quake III Working on your iPad 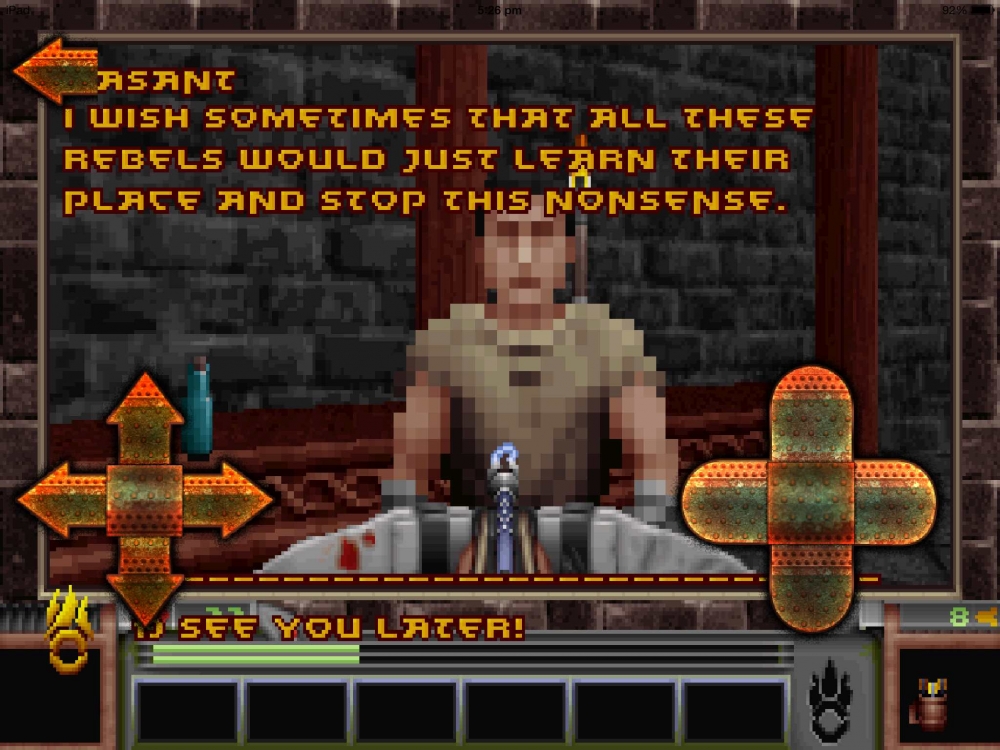 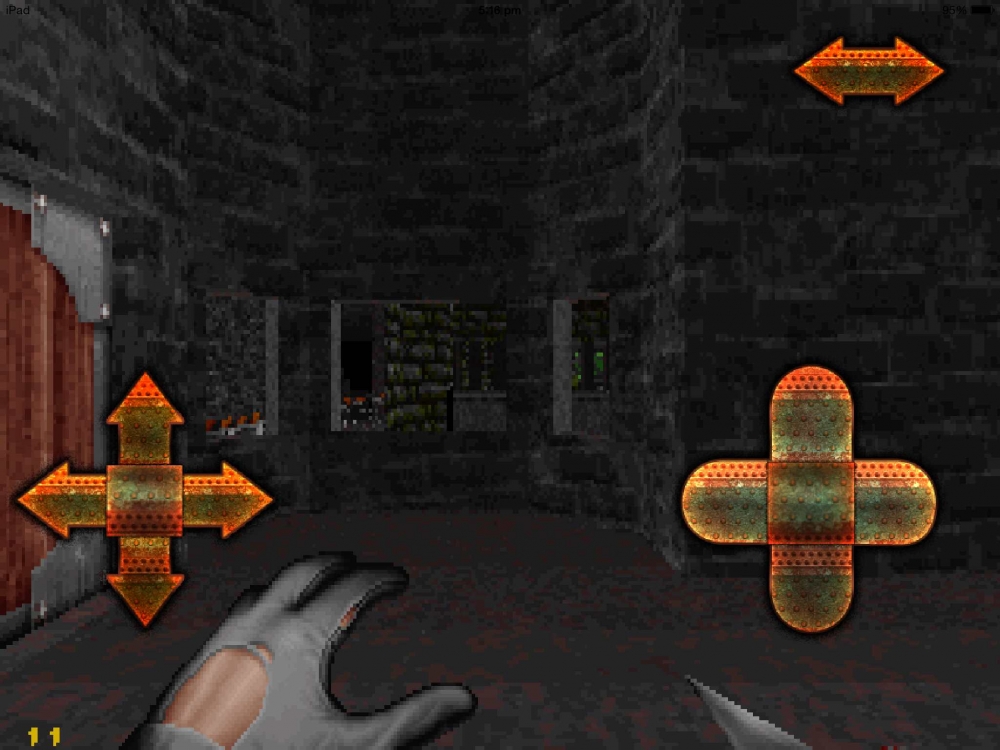 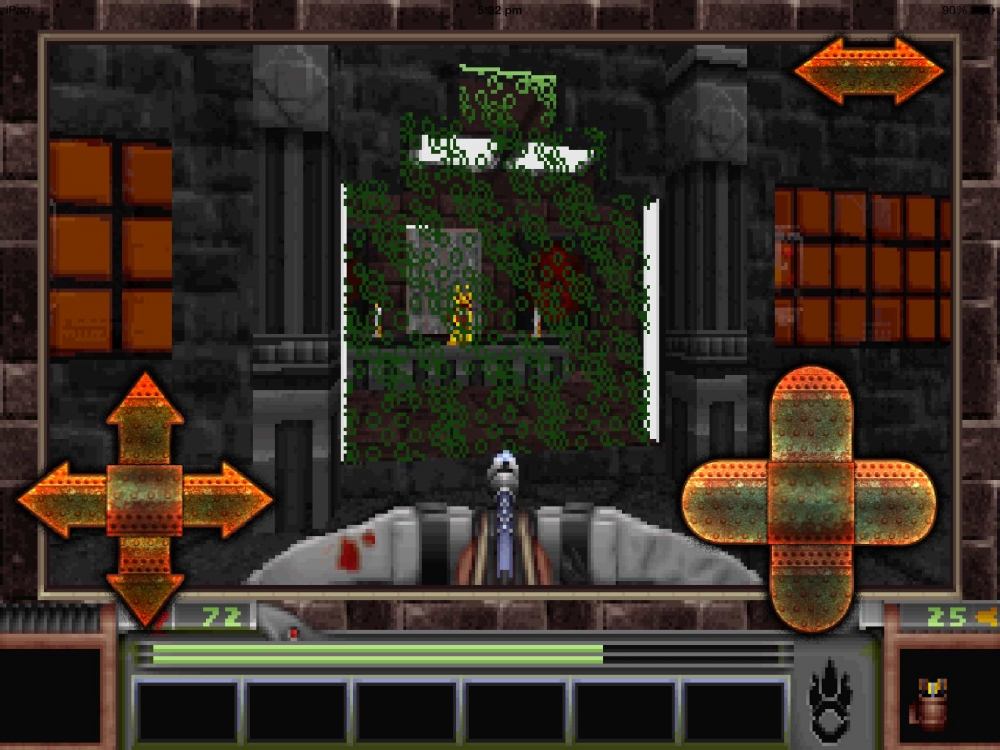