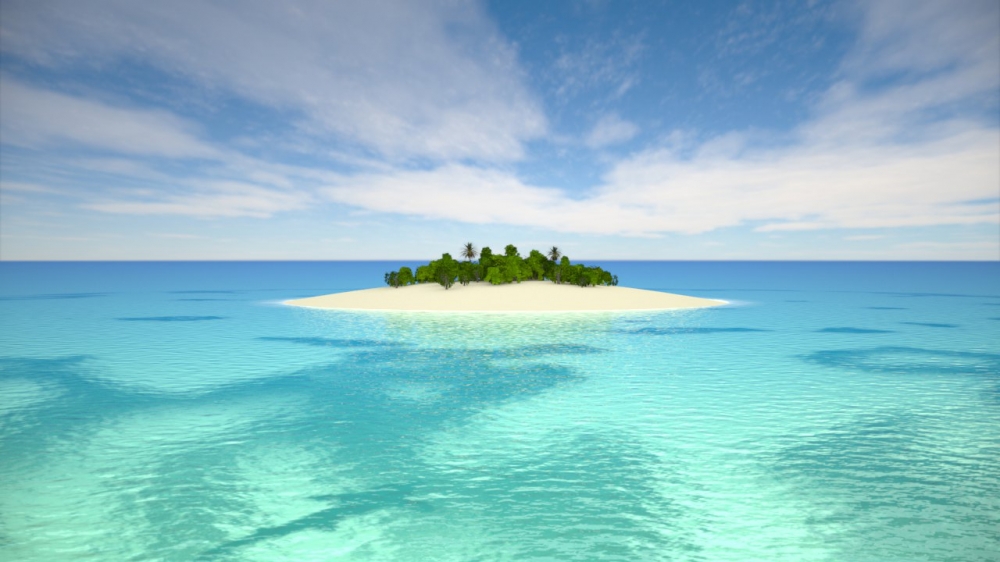 I could easily simplify the premise of this article and drag it kicking and screaming into the real world. I could simply ask; If you were in the financial position to be able to gift someone an iPad, and were going to pre-load it with five games, what five games would they be?

But where’s the fun in that? Let’s go fantasy. Let’s go "desert island," with sun, fine white sand and warm, crystal-clear azure water. Let’s add to that a daily visit from a boatload of naked Gods or Goddesses (whichever floats yours) to clean up after you, replenish your buffet with gourmet cuisine and the finest quality beverages, and to do your general bidding.

The cherry on the top of this fantastical desert (or dessert) island is a magical iPad that never runs out of power. Its battery is always at 100%. One day, through the wonders of wireless charging that actually won’t seem so fantastic after all. This however, is a fantasy for 2014. And what a great fantasy it is. Just to keep things interesting though, let’s throw one single spanner in the works. With just one limit, we’ll create a situation to ponder and to solve, to debate and discuss, and the internet being what it is, to hate and to flame.

The spanner is that you can only have five games on your magical iPad. So which five? I’ve picked mine and argued my case for them below. Which five would you take with you? This is your time. This is Desert Island iPad Time. 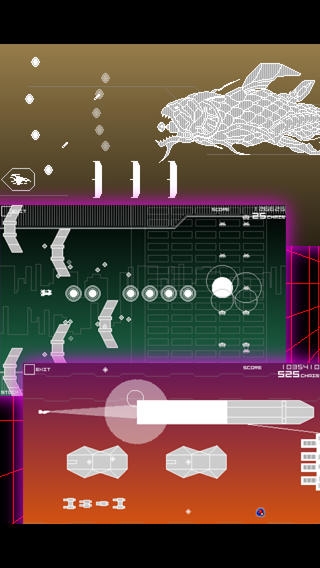 Space Invaders Infinity Gene (TAITO)
TAITO’s perfect follow up to the original genre-defining classic Space Invaders is an evolution that captures and carries forth the spirit of the original, building on its strengths while adding those of its own.

Immediately recognisable at the start, Space Invaders: Infinity Gene soon morphs level after level both graphically and mechanically so as to somehow never stop being Space Invaders, but taking on so much more. And it does so almost imperceptibly.

New weapons, ships and enemies are the easiest parts to describe, but the colours and graphic design elements that accompany the game’s evolution through its levels really anchor the mechanical changes that take place.

I’ve included it as it is so endless and hypnotic, it would be perfect for my desert island getaway. I’ve always wished I had more hours to just sink into its warm techno embrace. It feels like no two people's experience will feel alike, too. Space Invaders Infinity Gene is a gaming trance for the electronic generation.
Grab It Here 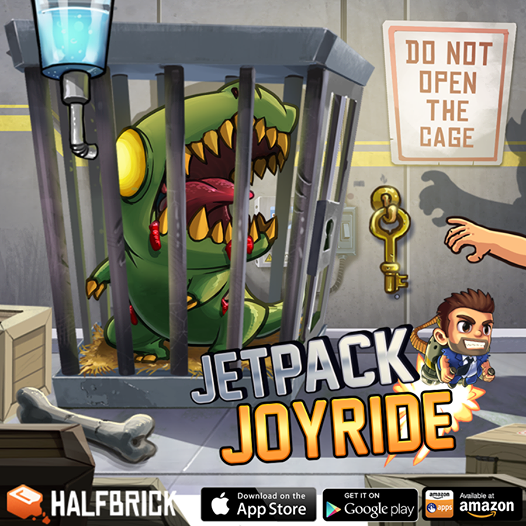 Jetpack Joyride (Halfbrick)
I can remember watching the developer diaries leading up to Jetpack Joyride’s release back in 2011 - as Halfbrick described its inspiration coming from previous title Monster Dash - and downloading it on day one of its release. I still frequently play it today, and it's one of those games that I can never bring myself to put into a folder. It needs to sit out and proud on my background, fixed next to other permanent quick fix experiences like Doodle Jump and Ski Safari.

Halfbrick has nailed the flow of cave-flying precision, injecting Jetpack Joyride with that perfect balance of skill versus luck, and wrapping the end result in a delicious animated aesthetic of Barry Steakfries seeing how far he can get after stealing a newly invented jetpack.

Being an endless runner it’ll be perfect for my island adventure. I just don’t seem to grow tired of chasing my best distance. And with all the gazillions of combinations of outfits and jetpacks that have been added in the last three years, I’m always thinking of new themes by which to name each Barry Steakfries character.

There’s Stoner Barry - grass skirt and lei, with Bubble Gun Jetpack (listen to the sound the jetpack makes and you’ll know why I named him thus). Terminator Barry - Robo Barry top and bottom with the Afterburner Jetpack. Trust me, it just works. And my personal favourite - Steampunk Barry. Top hat and tails, with the Steam Powered Jetpack.

Jetpack Joyride tragics will know what I mean, newcomers should just download it and get on board.
Grab It Here

Real Racing 3 (Firemonkeys)
Those who have followed Grab It from the start will know I’m a big fan of Real Racing 3. It’s so big and impressive, yet I can just take my iPad off standby and jump straight in whenever I want. My island hammock will groan constantly as I ease in and aim to unlock all that beautifully executed pieces of four-wheeled machinery.

While I do have some issues with it - such as the recent additions of banner and pop-up ads that feel a little excessive - RR3 will be a constant companion on iPad Island. Race times can always be improved, cars can be customised in new and imaginative ways, and I still have so many vehicles to unlock. Add to this online multiplayer and there is no end in sight, even after I one day unlock everything.

I recommend forgoing the beautiful sound of gently lapping waves and tropical birds by jamming in your EarPods and immersing yourself in those tirelessly crafted engine sounds in 3D spatial glory. Check out our huge feature looking at Real Racing 3 one year on from its release in Grab It Episode #5.
Grab It Here 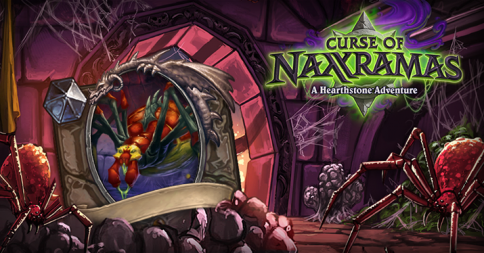 I am not good at Hearthstone. I struggle to get past rank 19 in any given season, which means I lose way more games than I win, and yet I keep coming back for more. A sign of a great game is one that bests you time and time again, but doesn’t drive you away. It’s Hearthstone’s accessibility that drew me in, as I’d never played a CCG before this one, and so to keep my finger on the iPad gaming pulse I saw it as my duty to at least give it a go. I thought I’d get a feel for it and delete it. Wrong.

Easy to learn, hard to master and blessed with beautiful card and board design, the gameplay flows so intuitively that Blizzard had me at "hello." Get me to that island, surely I can get better at this. Maybe I can level my skills in he newly added single player campaign, Curse of Naxramas.
Grab It Here 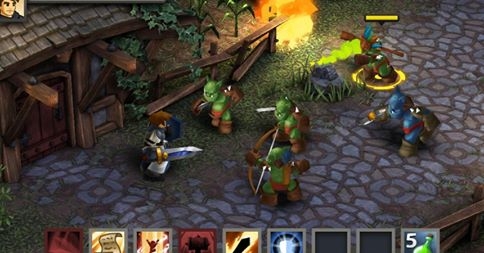 Battleheart Legacy (Mika Mobile)
Being limited to only five games, I wanted to include some diverse genres to satisfy various gaming moods that might come over me on my fantasy island. I'm a keen RPG fan, so I know I wanted to include one from this beloved genre, but which one? The Shadow Sun? Iesabel? Final Fantasy VI? Maybe something that's more roguelike, such as Wayward Souls? Even those with one-hundred hours or so of questing will be finished eventually.

Having just finished playing and reviewing Battleheart Legacy for our upcoming episode, I realised that this is the perfect RPG to include. With the mix-and-match structure of the skill progression - being able to take abilities from any class and add them to your hero’s repertoire (think The Elder Scrolls V: Skyrim) - the replay value of Battleheart Legacy is crazily high.

The game’s fantasy setting is soft and appealing, with design cues taken from early Final Fantasy outings, and the combat is a delight. Mixing your skills and unleashing them with strategic timing to form a style of play that suits you is a smile-inducing pleasure. The arena in which you can test your abilities and combos will have you coming back for more in an effort to best your foe count.

While I had some small niggles with Battleheart Legacy (all revealed in the full review), if I had to take an RPG to a desert island, I know it would be this one.
Grab It Here