Update: We've just got word that 1849, an exciting looking game about building a settlement during the American gold rush, will be hitting the iPad (as well as PC, Mac and Android) on May 8. Here's a new screenshot for you, too. 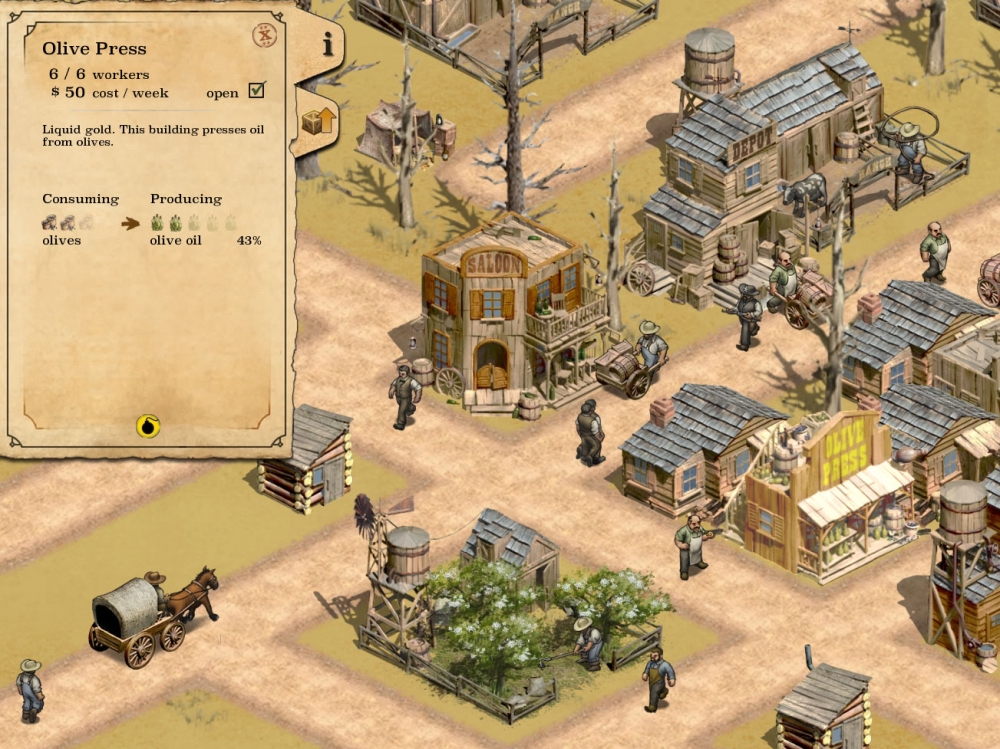 Original Story: Developer Somasim is readying the release of a city-building simulation set during the Californian Gold Rush. The game, simply titled 1849, isn't just about re-skinning the hard work of other city-building games with horses and hoedowns. 20 real-world towns from the era scatter them thar hills, each flooded by prospectors looking to strike it rich. As well as constructing these towns, utilising natural resources, setting up trade routes and so forth, you'll also need to find and strike your claim in each town's unique topography as you seek to build the ultimate mining empire.

The gameplay trailer below reveals the framework for a fun management game rich in period detail. We look forward to its release in May, and for eager town-builders looking for something to play right now, we suggest checking out Towncraft. Otherwise, there's plenty to find in our 50 Best iOS Indie Games of 2013 awards.

Also be sure to check out Issue 1 of Grab It - The Game Discovery App. It includes 22 in-depth reviews of indie iPad games, 14 exclusive interviews and five big features including our big reveal for the amazing Thralled.