There are lots of reasons why people play games, and I recently realized what it is that makes me such a fan of our medium. 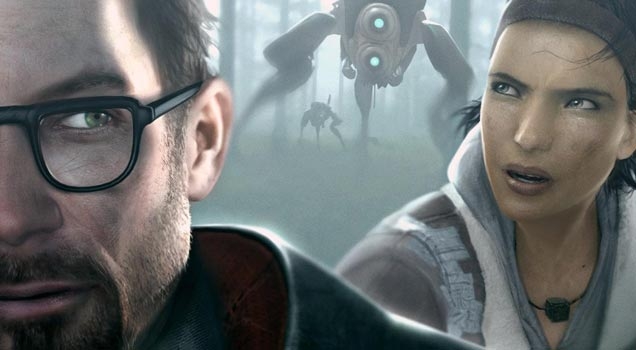 It might seem a pretty simple question with an equally simple answer. “Fun” likely features prominently in many a gamer’s list of motivations. “Entertainment,” too; the delight we get from bombast and spectacle, and the joy of losing yourself in the role of protagonist in a heroic story – just as man has been doing since stories were swapped over a cave's camp fire.

Another powerful drive is “escapism.” To forget the rigours and responsibilities of the real world for a few brief hours and take on the role of the hero; the one for whom the entire world waits, expectant, ready to be saved by his or her hand.

And sometimes the appeal of a game lies purely in the “challenge.” To pit yourself against obstacle after obstacle, testing your skill and mettle in the face of seemingly insurmountable odds, perhaps push the limits safe in the knowledge that failure is merely a setback and a second chance is only a button press away.

For these reasons, among many more, we game. But what about me? Why do I game?

I game to create.

I'm not talking about Minecraft or the myriad of other survival games that utilise its killer hunt/build/hide gameplay loop. The kind of creation I am interested in is of a more humanistic hue. Take, for example, the recently released Broken Age. The first big Kickstarter success in the game space, and the genesis of the crowdfunding craze which is till plundering our wallets with nostalgic revivals and retro throwbacks, Broken Age is a classic point-and-click adventure experience. It has all the trappings of the LucasArts and Sierra games of the 90s, obtuse logic-chain puzzles included.

But it was not the process of nutting out which items could be combined to serve a new purpose, nor which characters would progress the story if presented with a seemingly useless inventory-clogger, that drove me to plough on through the game's oftentimes frustratingly oblique puzzles. What kept me going was something that wasn't even an explicitly programmed part of the game, but rather a by-product of the game's elegantly crafted world.

Backstory is sometimes considered a dirty word in the realm of fiction. Needless exposition, some say. A waste of pages, or screen time, or player focus. A discussion of who a character was, when we should only be concerned by who they are now.

In some ways, I agree. Too much information can weigh down an experience, especially in games, where the player is crafting their own story alongside the one built for them. But, if applied judicially and with care and attention, a good backstory can spark something that I find utterly enthralling: user-created narratives.

You stumble into the ruins of a shelled city. Bones litter the streets - you surmise that the devastation unleashed here occurred some time ago. A dim light and a faint hum guide you to the crumbled facade of a corner store. Inside, a shopkeeper will sell you supplies - at heavily inflated post-apocalyptic prices, of course. There are quests here, errands to be run and villains to be slain. But this shopkeeper, the one survivor willing and able to sell weapons and buffs that assist you on your journey, his story is never touched on. Well not within the framework of the game's narrative, at least.

In the head of the player, they imagine that this humble shopkeeper is in fact a devious, money-grubbing scoundrel. All those weapons he conveniently “acquires” to sell to you at monopolistic prices? Second, third, maybe even fourth-hand, recovered from the bodies of the adventurers who have passed through before you. One of the swords is named Blood-rusted Blade, for cryin' out loud! And the magical tonics he procures, the ones that boost your attack damage for a limited time? Concocted in the demonic laboratory sealed behind that one door that has no open prompt, where the foolish shopkeeper first summoned the blight that caused the apocalypse in the first place.

The tonics require the blood of the pure at heart, which is why the shopkeeper has that inverted-crucifix-shaped knife hanging around his neck; you don't want to know what happened to the corpses of the previous adventurers after the shopkeeper plundered them of their purchased goods...

A story like this might not be the most elegant or the most poignant. It might not even have any direct impact on the game world at large. But what it does do is allow the player to construct their own narrative within the framework the game provides. It adds flavour, and turns the player's experience into one unique to them. Their friends might be visiting the same towns, talking to the same NPCs, completing the same quests, but they will never know the truth of the cultist shopkeeper and his creepy “how can I serve you?” plea.

Participation is one of if not the prime tenet of video games. They are an interactive medium, after all. This participation is not limited to inputs on a controller, or binary choices along a narrative decision tree. Even in a world as dense in lore and life as The Elder Scrolls V: Skyrim, there is plenty of room for player-driven backstory.

It can be fun, silly or serve to provide a level of context that the game itself does not deliver. Consider the rampant speculation that occurs amongst the enthusiastic fans of Half-Life, Metal Gear Solid and Pokémon. Each of these games leaves many questions unanswered, many tales unwritten. A quick dive into enthusiast forums reveals fans constructing elaborate explanations for just how Pokémon survive inside their Pokéballs, or whether Solid Snake is really dead or not in the current Metal Gear timeline. It is due to the convincing and evocative worlds these games present that so many players spend more time thinking about the games than actually playing them. 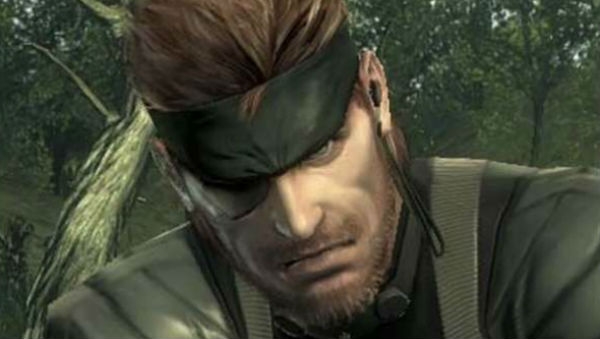 So, you might be asking: why? What value is there in speculating about the trivial and ancillary details flitting in the background of a game? Maybe the information was simply left out because the developers couldn't come up with anything good? Perhaps, but that is largely irrelevant. Player-driven backstory serves a powerful purpose: encouraging investment. By involving the player in the story it's telling, the game imparts a sense of ownership to the player, making them feel like they truly are shaping the world they're wandering through.

When eventually the credits roll, and the player steps away, the memories of their unique adventure remain embedded in their psyche. They were there, experiencing an adventure they had a hand in crafting. Like the satisfaction of growing your own vegetable garden or tweaking an online recipe to better suit your own tastebuds, roaming a world that wouldn't exist as it is without your input is a wonder that knows no peer.

It is these stories that I enjoy most, the ones that hand me a base and a bunch of tools and tell me to go nuts. The intertwining of another's vision with my own; it inspires me to express myself while at the same time questioning my impulses and assumptions. Why would I immediately assume that the kind man who rescued me from the beach won't mind me pinching his cutlery to sell to the town trader? That the money the tavern charges for recovering me and my possessions from the forest isn't fair, given the risks the owner took to haul me back? That the shopkeeper harbours ill intent just because he locks the door to his workshop and wears weaponised religious iconography?

Triumph, succour, escapism, explosions: these are all great reasons to sit down with our favourite medium. But to play the hero in my own story...

That’s why I game.