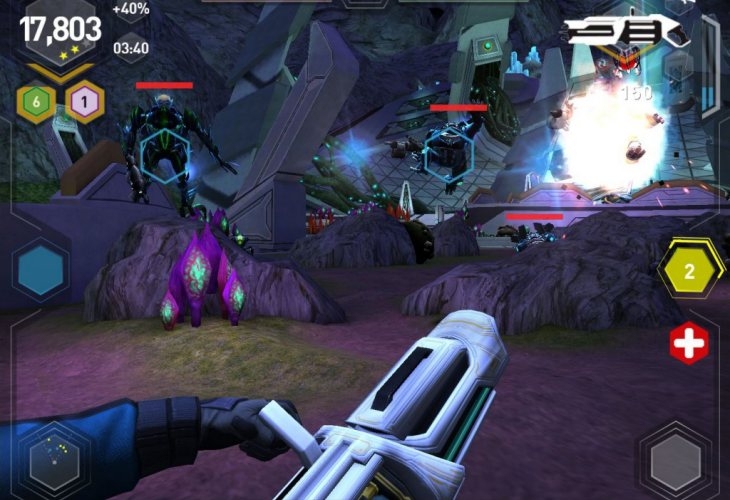 The answer is Midnight Star, easily one of the most exciting mobile releases of 2014. Midnight Star is being developed by Industrial Toys, a relatively new indie game studio led by industry veteran Alex Seropian, who co-founded Halo developer Bungie. True to his roots, Seropian has created in Midnight Star a sci-fi, narrative driven first-person shooter and one glance at the screenshot above (or the trailer below) should be enough to confirm that Master Chief's blood flows thick through the man's veins.

If that pedigree wasn't enough, Seropian has signed-up Serj Tankian of System of a Down fame to deliver the soundtrack, which is sure to test out your earbuds like few other indie titles.

Midnight Star is set 150-years into the future and looks a treat, although it will be the implementation of the touch controls that will make or break the experience. The game is currently in soft-launch over in Ireland, so we anticipate a worldwide release isn't far off, ending what will have been a two-year development cycle. We can't wait!