What do remote controlled cars and football have in common? 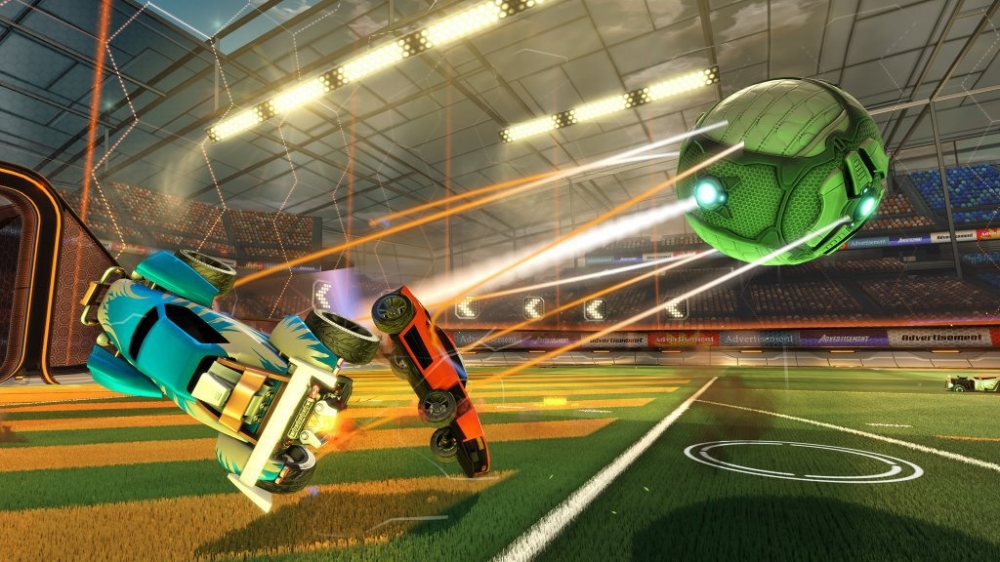 Sometimes simple pleasures are the best. The first sip of an ice-cold Coke on a hot day. The kiss of the sun's rays on naked skin. The doughy embrace of a soft couch and the comfort of a pair of baggy sweatpants after a long day in stiff work attire. Done right, an appeal to base human desires can be infinitely more satisfying than any heady brew of complex emotions. I don't know about you, but I can't think of anything I'd rather do on a cold, wet morning than bury myself under the covers and sleep until Summer.

Developer Psyonix clearly understands this preference for the simpler things. Its latest game, Rocket League, embodies perfectly the virtues of focusing on the basics. What could be more elementary than rocket-powered remote controlled cars kicking around a giant exploding soccer ball? Okay, so maybe the conceit isn't the most primal of enticements, but the mentality behind it is as straightforward as you can get. Sports are fun. Toy cars are fun. Explosions are fun. Throw them all together and you've got yourself the makings of a pretty tasty experience.

Well, Psyonix was right. Rocket League has earned itself quite the following in the short time since its release, with players of all skill levels sharing videos of their craziest antics with equal delight. It doesn't take an appropriately titled scientist to figure out why. Boosting around a lush, miniature soccer stadium; driving up the walls and flipping about like a weather vane in a tornado; catapulting into the ball a split second before your opponents in the hope of nailing the deciding goal in overtime... whereupon the ball explodes and you're all sent tumbling away to the thunder of the crowd's rapturous applause.

The satisfaction is at once immediate and indelible. There are no convoluted narrative threads to untie, no torturous trade-offs with world-shattering consequences to consider, no harrowing moral quandaries to ponder. It's just simple, unfettered joy. Until, of course, the next match starts and the stakes reset, the hectic tension back with a vengeance. In Rocket League, the only win that matters is the next one.

It's quite telling of the general direction video games are heading in that Rocket League feels so distinct. Not in its concept, but in its narrow mechanical focus. There is no dense backstory explaining the deep motivations of why these cars are duking it out. There are no grand metagame strategies hinging on particular victories. There are no abilities to unlock or stats to upgrade; everyone is on equal footing, reliant on raw skill - and just the right amount of luck - dictating the outcome of every match. It's an approach to game design that harks back to the days of the arcades and the unburdened joy of kicking your best friend's butt. Easy to learn, but difficult to master - Rocket League thrives in Bushnell's Law. 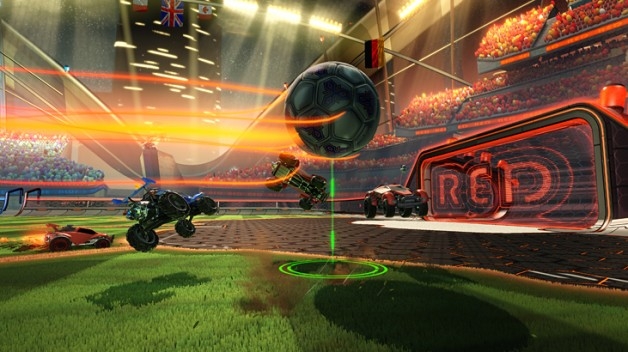 While there has been something of a resurgence of late of more laser-focused games - Towerfall and Samurai Gunn being two of the most popular - few have managed to buck the trend of kitchen-sink game design with as much polish or craftsmanship as Rocket League. With intuitive controls and minimal overhead, it is just as easy to sneak in a five-minute match for a quick fix as it is to binge on round after round well into the night. The game offers up cosmetic rewards at a generous rate - new cars, accessories and even custom exhaust trails - but the tangible incentives aren't what suck you into playing just one more match. It's the ineffable delight of flinging your tiny buggy through the air to graze the side of the ball just enough for it to miss your goal and save your team from defeat. It's the surge of speechless triumph that accompanies setting your teammate up with an off-the-wall pass into a bicycle-kick goal. It's the ability to jump straight into a match without having to worry about whether your opponents have spent enough time or money to acquire an overly advantageous power-up that would turn the bout into a one-sided walkover.

When the simple act of playing the game itself is sufficiently fun, there is no need for all the extraneous fluff that many games seem to consider obligatory. Better for developers to ensure the core of their game is solid before tacking a whole bunch of ancillary systems on top of it. Spreading a game too thin satisfies no one.

I'm not much of an online gamer. I tend to prefer the stability of a single player experience over the unpredictability of competitive multiplayer. But Rocket League has blasted through my resistance with its concentrated shots of unfiltered fun. By playing to its strengths rather than trying to hide its weaknesses, Psyonix has delivered a game that understands the essence of fun, and knows how to harness it. The absence of a progression system or a deeper level of car customisation might limit its staying power, and, as with all multiplayer-focused games, the calibre of other players has a significant impact on overall enjoyment, but such are fair trade-offs for an experience so finely tuned.

And with Rocket League, I know I'm in for another match. Just one. I promise.