Just when we thought Comcept and Keiji Inafune's Kickstarter couldn't get any murkier, Red Ash gets its funding under the cover of dark. 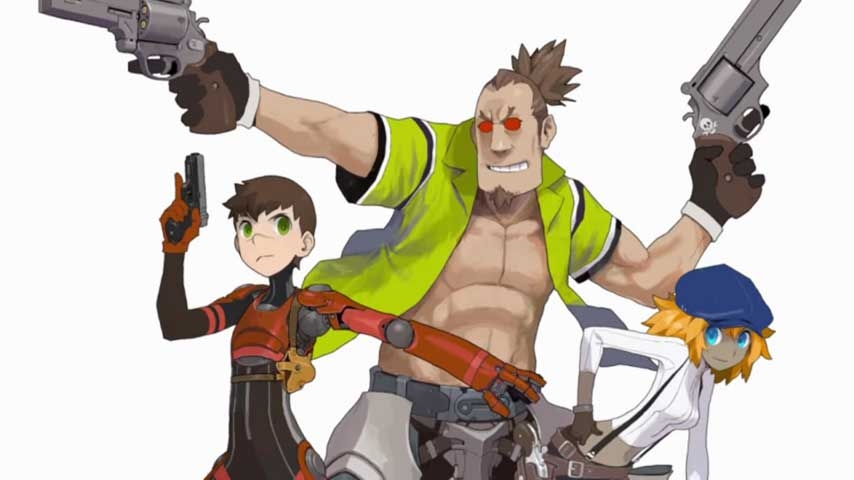 And so we plunge deeper into the rabbit hole. After the dubious arrival of the Red Ash Kickstarter a month ago, Keiji Inafune - the co-creator of Mega Man - and his development company Comcept have been the subjects of considerable scepticism. With the studio's first Kickstarter for Mighty No. 9 still undelivered, it was caution that met the announcement of not just one, but two Kickstarters for Red Ash - one for an anime, as well as the game. This in addition to the murky funding goal that, if hit, would only secure the prologue for the game. We highly recommend your read our deeper discussion of the worrisome situation in What Does Inafune's Presumptuous and Disingenuous Red Ash Kickstarter Say About Gamers?

Now things have gotten even stranger. In the final throes of the Kickstarter campaign - with success far from certain - Comcept announced that it has secured funding for the entirety of Red Ash from a Chinese publisher called FUZE Entertainment. While that might seem like good news as the game will be made now, without concern of it shipping incomplete or not at all, it raises a whole lot of questions.

Was Comcept using the Kickstarter as market proof to drum up support from a publisher? If so, it should probably have let its loyal fans know that from the get-go. Did Comcept only finalise the deal with FUZE in the last days of the Kickstarter - which is still going - or had it known the outcome for some time, withholding it to see whether fan support would be sufficient on its own? And what about those fans that took the risk and pledged their money? If the Kickstarter doesn't meet its goals, will they see any sort of compensation for their support, perhaps a discount on the game when it releases? Or if it does succeed, what will their additional funding go to? Levels? New skins? Hats? Right now, nobody knows.

Comcept has reassured fans that the deal with FUZE will not impact its ownership of the Red Ash IP or its creative control over development. Again, good news, but it remains to be seen whether the final game will truly reflect that. The switch from Kickstarter to a traditional publisher is unlikely to be entirely seamless, given the inherent difference between the expectations of loyal backers and financial investors. FUZE's inexperience in the area of games publishing - its current endeavours revolve around Android-based console manufacturing in China - does not exactly inspire the deepest confidence either.

I doubt Comcept would agree to anything it wasn't completely sure about, but game development can be a quarrelsome, unpredictable beast, especially with so many parties involved. I can only hope, for the sake of those who entrusted Comcept with their hard-earned cash, that the murkiness surrounding Red Ash will inevitable prove to be a simple case of miscommunication rather than ill intent. In the meantime, all Inafune's fans can do is wait, and see.