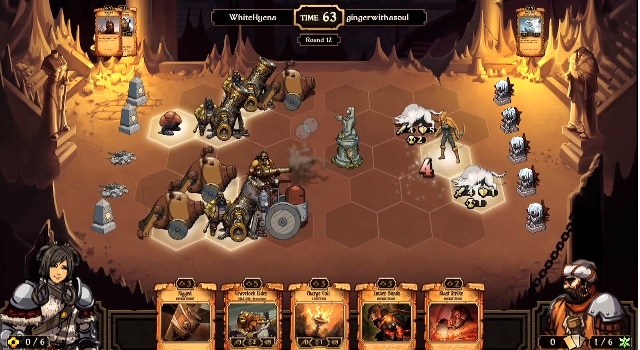 Last week we reported on the enormous Mojang buyout by Microsoft, but it isn't the only interesting news to emerge from the popular studio. Mojang has also revealed that when it's collectible card battling game Scrolls comes to tablets, it will be dropping the price significantly from the current PC version. A post on the Scrolls website reasons that, “our current price of $21 isn't feasible for tablets... Free-to-play would be an option, but we’re not keen on the way that form of monetisation can affect gameplay.” That much makes sense.

However, it would be foolish to assume that this decision and the sale to Microsoft aren't connected. If we break it down to it's bare facts, by releasing early and lowering the price, Mojang ensures that the game gets into as many hands as possible, and that the proceeds go to the developer while they are still developing - as in, before the buyout.

Mojang cannot presume to know what Microsoft will do once it buys the company. Microsoft could lay off teams of developers, or put the game on hold, or cancel it all together. A handover of a company like Mojang never occurs without some interruption to current deadlines. Just look at the dissolution of THQ a few years ago - games like Company of Heroes 2 and South Park: Stick of Truth did came out eventually, but after a lot of silence and speculation, not to mention delays. By releasing early, Mojang is ensuring that the game is out before they hand over the reins.

And what of the $21 price tag that it holds now on PC being slashed to a much more mobile friendly $5? Admittedly, $20 apps would make any tablet gamer think twice, if not thrice, before purchasing. The 75% reduction will definitely get the game into more hands before the big Mojang buyout. Existing players will also be given a bonus pack of the in-game currency to make up for the price difference.

A post on the Scrolls website states that the game will be coming to tablets “very soon,” so expect to see it on the App Store within the next month or two.
I for one think that by releasing before the sale, Mojang is doing right by its players and by the game's developers. Lets just hope that the game is ready.

In the interim, if you like you collectible card games, check out Episode 6 of Grab It, where we have a world exclusive Making Of feature with Wizards of the Coast on the whole Magic The Gathering phenomenon that spawned the genre.