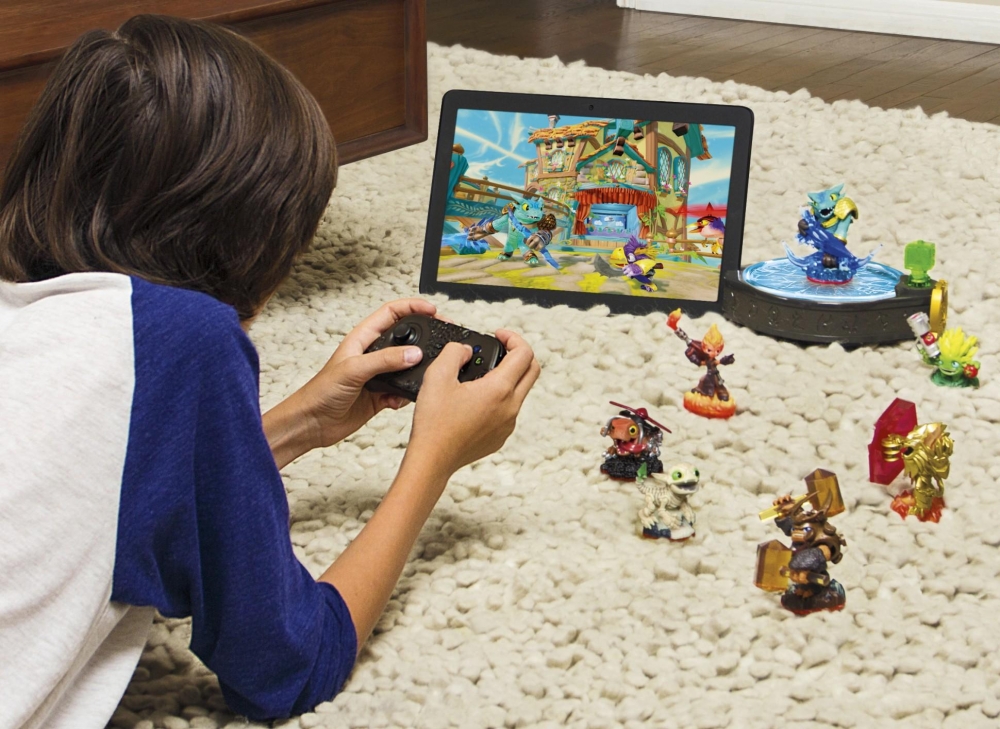 It's no secret to parents across the world where the next generation of gamers is heading - it's tablets. Prying your retina screen away from young eyeballs is a quest all of its own. Activision know this, so the mammoth publisher has just announced that the next (and fourth) entry in its Skylanders series, Skylanders: Trap Team, will be coming to the iPad (Android and Kindle, too) on the same day it launches on consoles - October 10. Not only that, it will be the full experience; not a dumbed down version. It will come with its very own version of the new Traptanium Portal, and all 175 figurines will work with the game. There will also be two digital characters that can be played without a figurine - a smart move given the mobile nature of the tablet format.

Intriguingly, the jam-packed starter kit comes with its own Xbox One-like Bluetooth controller. As well as confirming the game will be MFi ready, it could bring a stack of console-like controllers into the tablet market, benefitting all titles. The game is set to be touch-controllable as well, so it will be interesting to see how that holds up given the clear emphasis on using a traditional controller.

We've played Skylanders: Trap Team and it's a far better sequel than the convoluted third entry, Swap Force, which had you connecting different Skylanders together. The next entry's big hook is the ability to capture enemies of the Skylands (using the collectable traps that slot into the portal) and then turn them into playable characters. At its core, however, it remains a lush 3D adventure experience mixing combat, light puzzle solving and exploration, with plenty of kid-friendly storytelling in between. It's great to see the series coming to tablets in full force - try getting your ipad off your kid now!