A moody atmosphere doesn't need to come at the expense of a good challenge. InFlux takes the aesthetic appeal of a game like Journey without skimping on the puzzles. 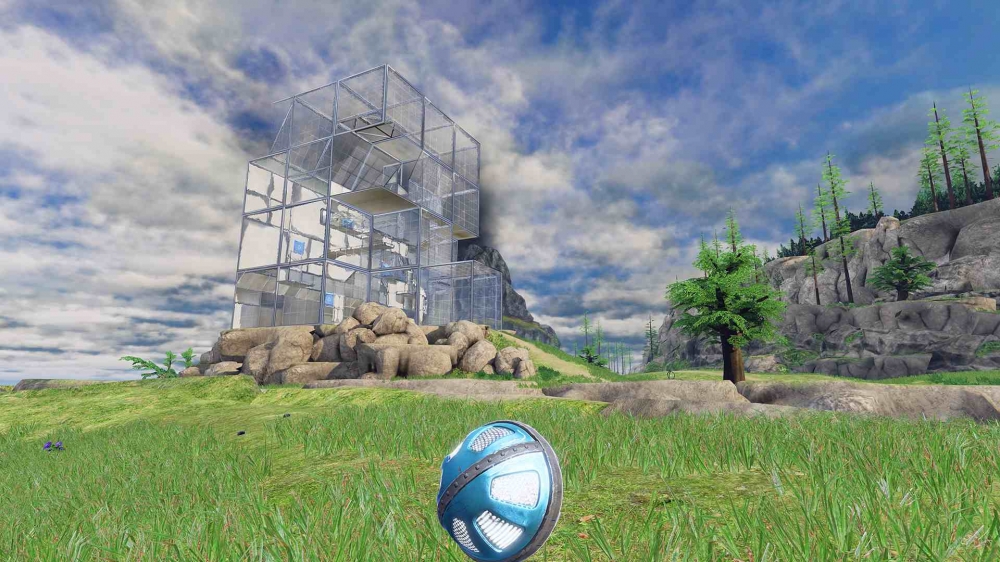 I'm going to come right out and say it: I didn't really "get" Journey. For whatever reason, the critical darling just didn't click with me. It was, and still is, a beautiful game, and I have the utmost respect for the way it conveys story and direction through environmental cues rather than obnoxious tutorials, but the resonant emotional connection that moved many players passed me by. Listening to fellow gamers wax poetic on the game's transcendent undertones, I began to think I must be some sort of a cold, loveless monster with no soul to speak of.

Fortunately, that's not the case. Journey didn't enthrall me, but it turns out I just needed a slightly different sort of game to pluck my heartstrings.

That game was InFlux. Developed by Impromptu Games, an independent studio based in Melbourne Australia that works with collaborators across the world, the game was funded in part by Film Victoria through its Games Investment Programme - an initiative designed to bolster Australia's fledgling stake in the games industry. As an exploration-focused adventure in which you guide a small metal ball through gorgeous environments on a quest of enigmatic purpose, InFlux utilises mood and atmospheric storytelling in much the same way as Journey, while differentiating itself with a greater emphasis on puzzle solving.

These puzzles exist in one of two varieties, either emerging naturally from the world in the form of perilous rivers that must be crossed and volcanic vents that must be fed, or presented more explicitly inside glass-walled test chambers that appear as curious artificial incursions on the otherwise organic landscape.

The test chambers are where the real brain-flexing occurs. Not too much, though; InFlux is not interested in confounding you like Antichamber or Fract OSC. Rather, it strikes that sweet balance of challenge without frustration, eliciting a surge of triumph that doesn't require banging your head against a brick wall for half an hour first. Simple mechanics and swift puzzles encourage trial and error, eliminating the need for hints or tutorials and preserving the elegant austerity of the game's world.

Bouncing across a verdant field in search of light orbs to unlock the next test chamber, I found myself so absorbed in the lush landscape that I ended up spending several minutes just watching the dance of the sun's rays as they filtered through the grated surface of my little sphere. This wonderment bloomed brighter when I was tasked with saving a beached whale; a quest that led to me surfing a powerful wave through an underground tunnel alongside the majestic creature. When eventually I managed to escort the whale back to the ocean, it was a bittersweet farewell, all the more so for the obstacles I had overcome along the way.

That's the crucial element InFlux nails: investment through accomplishment. With every twisting maze navigated and every perspective puzzle conquered, I grew more attached to my spherical avatar and its mysterious mission to reach the looming volcano at the centre of the game's island locale. Without a body, a face, or even a name, my plucky protagonist nevertheless exuded a strong personality purely through its implacable motivation and the eager way it bounced around when I drove it forward at full tilt. The contrast between the game's two core components - the peaceful island hub and the self-contained test chambers - enhances the unspoken character of the ball and the world it inhabits. Inside a chamber, the music is full of pumping bass and digital synth, emphasising the artificial atmosphere and urging you on; whereas roaming the thick forests and dank caves of the island treat you to a soundtrack of crashing waves, chirping birds and the soothing susurrations of rustling leaves. The two aesthetics complement each other perfectly, with the promise of another breathtaking environment motivating you to crack the puzzle of the next test chamber.

InFlux doesn't need combat or bombast to be compelling. It is simple and sparse in all the right ways. The kind of game that is more than happy for you to tackle it at your own pace. Soaking up its resplendent beauty, I found my pace to be as jaunty as the fearless ball I was controlling. I understand better now the affection Journey fans share for their voiceless protagonist.

That sphere and I: we're two of a kind.