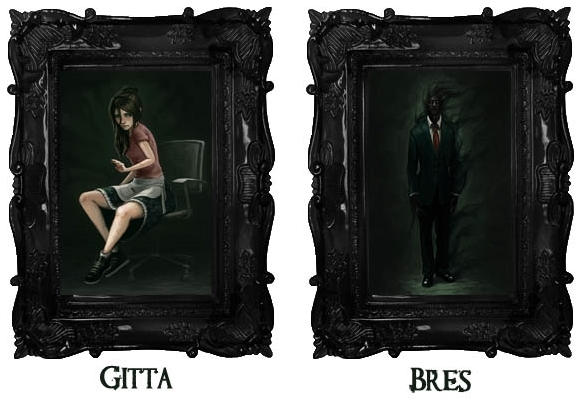 Recently I stumbled on a game called The Birdcage and it really caught my eye. Or should that be ear? The title is currently up on IndieGoGo and nearing the end of what has so far been an unsuccessful crowdfunding effort, but I’m hopeful it will get a late surge in interest. Why? Because the idea is just so damn cool. Prototyped by video game composers, the team want to reinvent the music industry by turning games into a medium for experiencing new albums. Much in the same way kids of the eighties tuned into MTV, The Birdcage is an experiment to see if gaming can become the popular platform for launching albums into the future.

Intrigued and keen to learn more, I reached out to Arnold Nesis, the video game composer who is leading The Birdcage’s funding efforts, to find out more.

What’s wrong with the traditional means of promoting and releasing music?
There are a few problems. The biggest one is that albums just don’t sell anymore, but there’s also the fact that musicians have simply given up. When I started this project I talked to hundreds of musicians, and I mean working musicians (teachers, performers and such). They all have a dream of making a living out of making music, but no real plan of how to get there and make it a reality. Musicians have given up on the idea of making a living from music and most of them think it’s just a matter of luck. The audience, on the other hand, now expect music to be free. It’s sad to admit, but (apart from the U.S. maybe), people don’t think music is something they should pay for.

Why is a game a good way to promote new music?
It’s not a good way to promote music; it’s a good way to sell music. People don’t expect games to be free. Also, I think we are tired of video clips. People will always want to hear good music, yes, but I’m sure we all know the feeling of having our Facebook feed filled with musicians begging us to watch their new clip on YouTube… to view it and like it. They think that if they hit a million views they will get famous and the money will start floating in - from my experience I can safely say that’s just not true. Gaming, on the other hand, is a growing market that people value.

Before I start sounding like a greedy prick, I want to stress that this is just the financial logic behind the project. The most important aspect is that a game can enhance the musical experience and make it something new and amazing for the listener.

As a musician, can you talk about the moment when you came up with the idea for The Birdcage and how the game development scene has differed from your original expectations?
About two years ago I started working full time as a composer on video games. It was a very weird feeling suddenly being surrounded by an industry that actually knows what it’s doing, has a “plan,” and not only knows how to make something artistic that they want to make, but also make it profitable. I love games and I saw that there is a huge gamification trend nowadays, but no one has made this move towards games from the music scene. Well apart from guitar hero maybe, which was a huge success, but it wasn’t an actual deep game, just another click around. And it also wasn’t using original music.

The gaming scene wasn’t different from my expectations – as I said, I’ve been a composer for video games for a while now, so I know the industry. Truth be told, musicians are probably one of the few in the industry who get to work with a lot of companies and not just one, so we actually end up having a lot of connections, knowing a lot of people and getting a good sense of the entire industry. I had a pretty good idea what I was facing.

It’s a dark story; can you talk about what it’s about and how much of it is influenced by the Metal genre?
It’s a modern interpretation of “The Beauty and the Beast.” It’s about a poor girl, Gritta, being sold to a psychopath, Bres, who keeps her locked up and abuses her. Slowly she develops a Stockholm Syndrome and starts falling in love with him. Through her eyes, he is slowly transforming into a prince charming… although in reality, he is just the same. This will be a progressive symphonic rock album. The idea is not to create a Metal album specifically: the idea is to create the perfect music for the story. It is a very dark, dramatic, deep and f--ked up story. So Jazz is not exactly the way to go.

It’s important to stress that while Metal is the general direction we’ll be taking, it is not driven by a choice to make a Metal album, but to make music that is a perfect match to the story. There will also be a lot of classic, electronic and other elements to the music, all driven by the story and supporting it.

Why did you settle on the name The Birdcage?
The story is about a captive girl who, from a certain point, remains captive by choice. A birdcage is a cage, but a fragile one. It’s a fragile cage for a fragile being that can be easily broken, but it’s enough to keep the bird in. Even though caging someone is a terrible thing, a birdcage is something we tend to think is very esthetic. We felt this name gives a clue to the atmosphere of the project. It is esthetic and beautiful but also sad, lonely and terrible at the same time.

The Birdcage will truly integrate an album and a game. Can you explain how that will work in terms of the player experience?
Partly. I can say it’s going to be an adventure game and that it will focus on the relationship between Gitta and Bres. You’ll get to play both and make decisions with each character that will influence the other. The events in the album will have an impact in the game. For example, if in the album, Gitta finds a letter, you’ll find that letter at the same time in the game… a sort of cutscene. The game’s graphics will also change during the game, matching to Gitta’s feelings towards Bres.

I can’t be much more specific because, truth be told, we are not a hundred percent certain about it yet as we want to leave as many options open as possible for our game designer. We are musicians and not designers and are aware of that, so we chose someone we trust to make this integration the best way possible.

The most important thing for us in this project is to make sure that the game amplifies the listener’s experience of the music. We see the game as a very awesome tool to make the listening experience better, deeper and more interactive.

I’ve spoken to many game composers over the years, and there is consistent feedback that making music for an experience that is driven by player choice and movement is inherently difficult as the soundtrack must be flexible enough to move with the player and handle SFX? So how do you combat that and create commercial style songs at the same time?
The whole idea in this case is not to create music for the game, but the other way around – a game for the music. Just like you said, the problem is that doing music for unexpected actions is very hard, and as much as I don’t like admitting it as a game composer myself, it is somewhat limiting in many cases. It sometimes prevents the music from being all it can be. In this case, we want it to be the other way around – the music will not change, or be interactive/adaptive. The game and your surroundings will be influenced by the music and change accordingly.

Continuing from the above question, how will you go about making the lyrics tell the story in a cohesive and well-paced way?
That’s a good question and one of the biggest challenges we face. The whole story is told by the two characters in the story and all the lyrics belong to one of them. As I mentioned before, in the game you’ll get to play both characters, so we hope for the POV to shift in sync with the character that is now singing the lyrics.

Will players download an entire game as if it was an album, or can they download songs in the forms of levels?
Just the album and the game. There won’t be any levels, just a game for the entire album. They will also be able to listen to the album as a normal album, the game will be a matter of choice, just like watching a clip is.

Can you talk about how you formed these relationships with Metal musicians? What was their reaction to your pitch about the game and how involved will they be with development?
It’s a different answer for every one of them. Some of them I had personal connections with and some I reached out to or was connected to via one of the other members who has already joined up or knew me. Truth be told, their response was amazing. I expected many not to be interested, but we ended up with almost the exact team we where hoping for from the beginning. Many of them are actually gamers, so they liked the idea a lot. It was really amazing to get that sort of reaction from people I think so highly of.

I realise you are not able to talk about the developer that is working on the game yet, but do they have any experience in this style of game at all?
It’s a bit hard to say “this style of games” because there simply isn’t such a style yet (of musical albums which are video games) in my mind, but they are an experienced developer and have worked on some known adventure games. I am confident that our backers will be both happy and surprised by our choice if we get funded and get a chance to reveal the developer.

Hear that game fans? It’s worth chucking a few coins the way of The Birdcage simply to see how the experiment goes and what it can do to drive gaming forward along new pathways. It's certainly a super intriguing idea and it would be a shame to see it fall by the wayside, so get over to the campaign now.