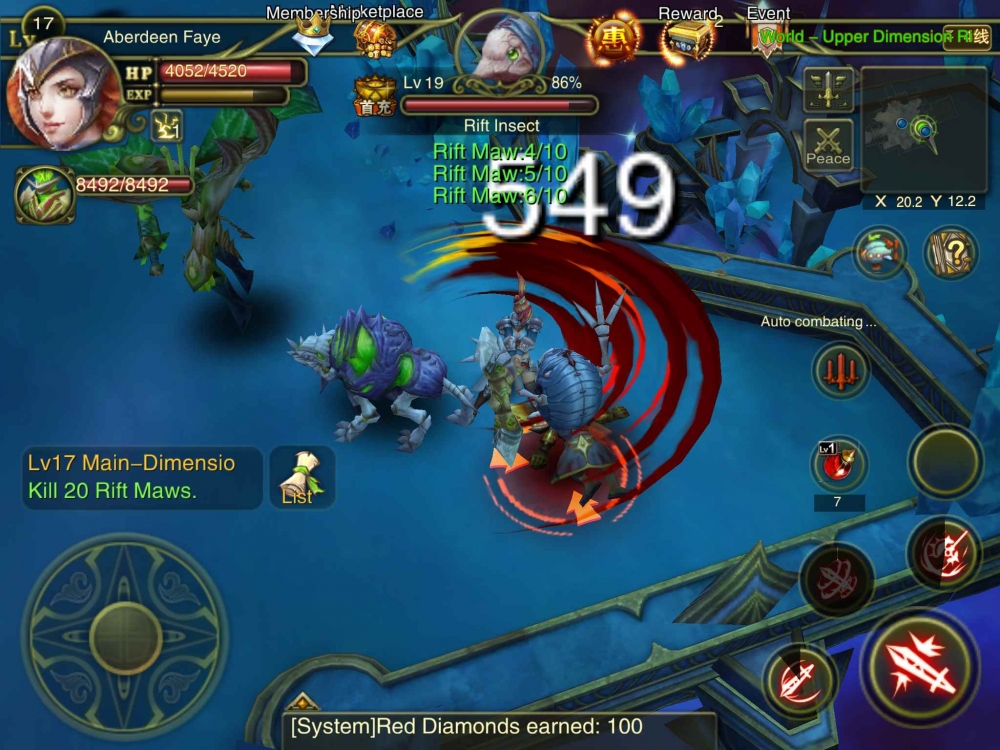 Developer Perfect World has joined the E3 party by releasing some details and a snippet of gameplay for its intriguing iPad MMOARPG Dawn of Immortals. The game immediately reminds us of Diablo with its isometric, fast-paced hacking and slashing, but the colourful near-cartoonish aesthetic and MMO environment shouts World of Warcraft. And we can tell you now, there’s a lot worse you can do that take inspiration from the mighty Blizzard.

The game looks sleek and visually polished, and we’ll be intrigued to experience the MMO aspects when the game releases in Q3 of 2014. Certainly, the promise of cross-platform play – iPad, iPhone, iPod and Android – will add to the available player base. Other promised features include over 60 levels, big dungeons, epic boss fights and in-game pets. There will be both PvP and PvE arenas to dive into as well.

It’s not the developer’s first foray onto iOS, having developed the F2P card collecting game Elemental Kingdoms in 2013. Perfect World is also a well-known publisher in the PC space, with a range of F2P MMOs under its belt, not to mention working with sister company Runic Games on the classic indie series Torchlight.