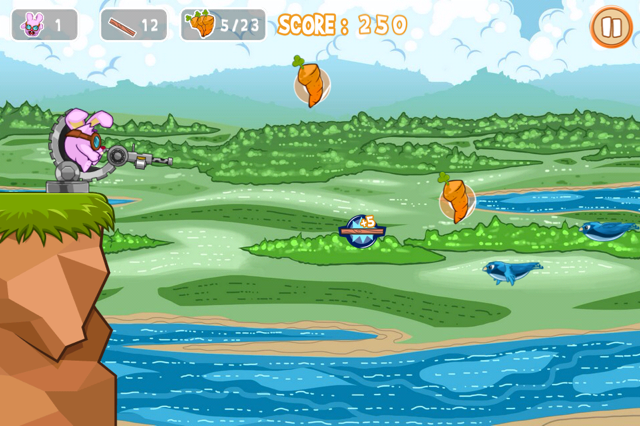 For a few weeks now we have been playing around with an early pre-release version of Flow Spark Studio’s upcoming arcade game Danger Rabbit. Existing in a similar space – and with similar visual polish – to the likes of Angry Birds and Cut The Rope, it presents a relatively simple skill-centric premise that escalates with each level with more-and-more difficult scenarios.

You don’t control the protagonist, the titular Danger Rabbit – aptly named given his predilection for stoically walking forward off cliffs Lemmings style. As the play, you control the ability to place planks in the world, off which Danger Rabbit can bounce. The angle at which you place the plank and the distance the hero falls before hitting the plank defines how far and in what direction he bounces. You’re then tasked with getting the furry fellow across the level, avoiding enemies – like wasps – dodging obstacles, collecting carrots and picking up extra planks or power-ups (such as extra springy planks and bombs).

Like all great games in this genre, the simplistic gameplay is quite easy to pick up, but the level design and escalating difficulty sucks you in. I think a little bit of fine-tuning on the swipe mechanic – sometimes when near the bottom of the screen swipes do not register – and some improvements to the path-finding of our wandering rabbit, will be in order before its final release. However, even as is I found the gameplay cathartic and fun.

A simple one-tap restart throws you back into the action instantly, too, feeding its addictive fun. The game is free-to-play, mostly in the form of buying new planks mid-stage should you run out and not want to start again, but an ugly “you ran out of lives, please buy more or try again in a hour” mechanic is one that could kill this title if left in the final release. I feel it is unnecessary, too, as other than that, the IAPs are aimed at queue jumpers, allowing those focused on honing their skills to clear a stage the hard way – by earning it.

As mentioned, the game has a really clean, almost Disney-like polish about its visuals, as well as a cute and identifiable mascot to put on T-shirts and coffee mugs. Everything is in place for Danger Rabbit to be quite a bit of fun and to even tackle the likes of Angry Birds… or at least a small portion of its mighty fan base. I’d just like to see it tighten up its swipe inputs slightly and ditch the off-putting timer mechanic. 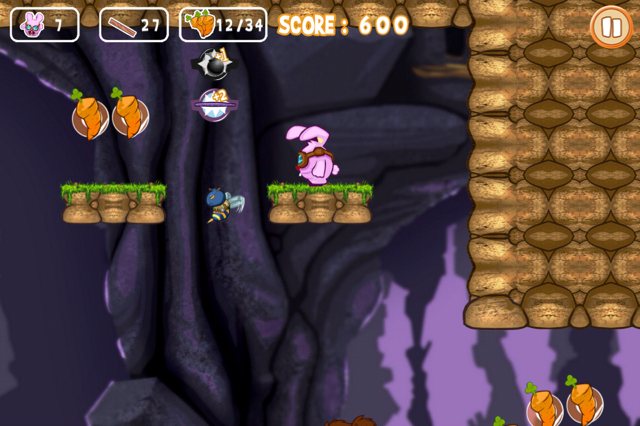 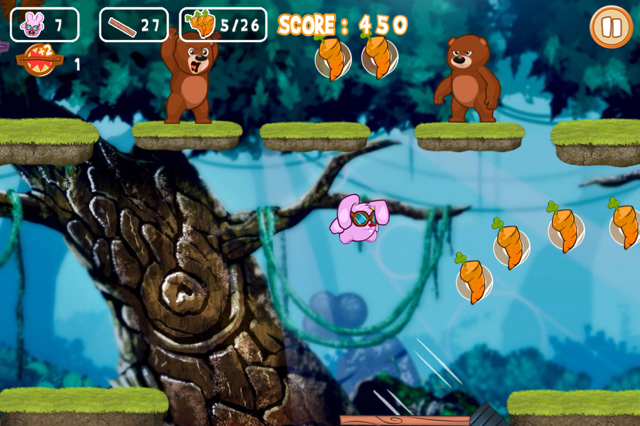