The void is silenced by noise; audible punctuations that come as a relief after nothingness, as too much silence can be deafening. Alone and unaccompanied, our thoughts can be daunting, our chores mundane. But with the addition of a musical canvas on which to paint our day to day - or night-time - activities, those thoughts can be tempered with the fantastic, and the mundane greys coloured with vivid synaesthesia.

And what of visual art? Kubrick without Strauss? Unthinkable.

But why is this writer extolling the virtues of music on a gaming website? Please, allow me to retort. To myself.

Ever since technology advanced to the point at which chip tunes ceased being the only option for accompaniment, music - and in particular electronic music - has had a symbiotic relationship with gaming.

Gamers of a certain vintage will find it impossible to hear The Prodigy’s Firestarter without visualising the futuristic aesthetics of Psygnosis’ Wipeout 2097. Entranced by beats and antigravity we spent the second half of the ‘90s trying to shave another tenth of a second off our lap times.

“…to re-affirm the pivotal role of experimental electronic music in the TV, Film, & Gaming industries.” 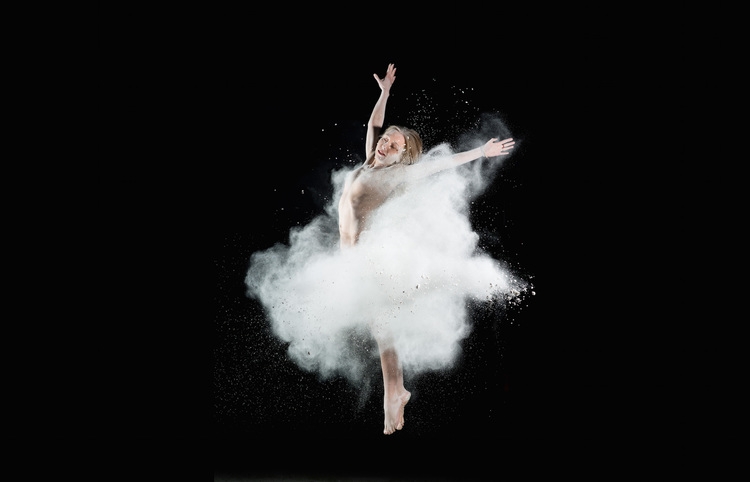 Imagery by Till Schmitz

With a collective of labels such as Houndstooth, Auxiliary, Opal Tapes, Nous Disques and more, Syncsmith is looking to marry “ethereal soundscapes and emotive compositions” with visual mediums.

Gamers without a foot in the electronic music landscape may not have heard of many of the above labels, but if you’ve played the excellent N++, you will have heard one of the artists - ASC, aka James Clements.

The minimalist visuals of N++, coupled with the ambient synths and beats-per-minute of ASC’s work is an ideal distillation of the Syncsmith ethos. High-quality visual experiences complemented by aural offerings of equal standing.

Upcoming survival game Near Death also features ASC’s work. The freezing temperatures and dark exploration of an Antarctic research station are another great example of this visual and aural symbiosis.

While co-founder of Syncsmith Gavin Mee did point out to me that ASC’s work on these two games was secured before the advent of the Bristol-based startup, it will be interesting to see the projects the ongoing collaboration produces.

“As an artist working on my own productions and sound design for animation and games, partnering with Syncsmith looks like the start of a new musical adventure I'm really looking forward to,” says Farr.

And that seems to be another important part of the agency’s strategy and ethos, creating a “hand-forged, relationship driven” approach, as described by Gavin Mee.

Taking a tour of the Syncsmith website is akin to a modern gallery experience, and really drives home the core value of matching sound to visually driven projects. The site is also a treasure trove of artist discoveries, and I look forward to spending some more quality time inside my headphones there. The 9:42 length journey I took under the guidance of Karen Gwyer and her piece Free Food - One Men Striper was rich and hypnotic, with recurring synth both soft and raw, like sound processed through a velvet-lined meat grinder.

The artists seem happy, the labels seem happy. Head of Houndstooth Records Rob Butterworth - “We were really impressed with Syncsmiths proposal and are very excited to work with them. We look forward to a long and fruitful relationship with them”.

I’m off to get back under my headphones and dream of alien landscapes and sound-forged caverns. Gaming is sight and sound fused with interaction, and when those three things come together in a well-executed and complementary way, it’s easy to remember why we love this medium we call a hobby.