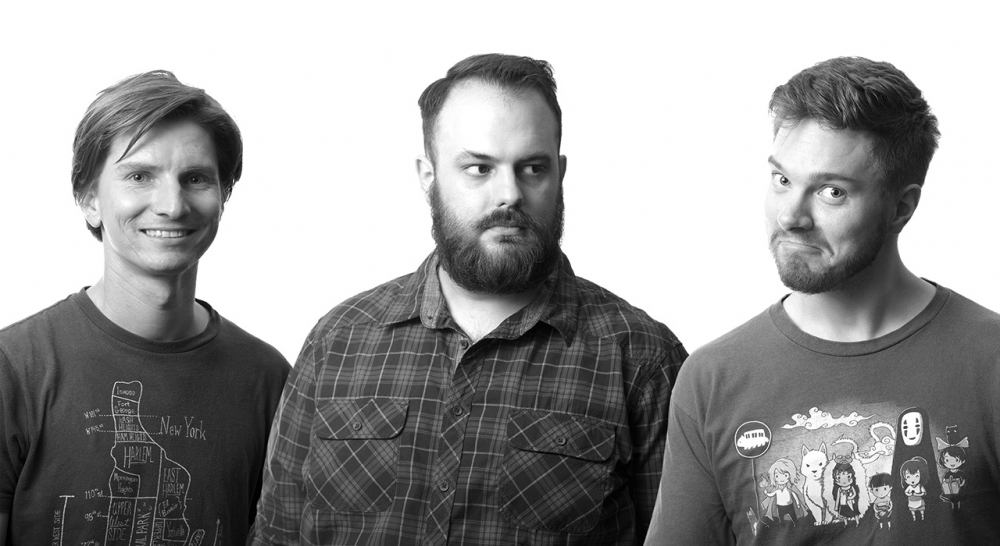 What do we know about Prettygreat? We know its founders - Luke Muscat, Phil Larsen and Hugh Walters - have been making mulled wine. The workplace of the former Halfbrick crew who've bailed out to form their own new studio sounds like a nice place to be. With Winter's arrival in Australia, the temperature drop inspired the warm beverage experiment in between coding and handling the logistics of putting together their new venture. Mulled wine, cold nights, and a blank slate on which to develop games. Those things alone are an enticing mix, but throw in $500,000 of seed money from Hipster Whale - makers of indie smash Crossy Road - and we're thinking Prettygreat are off to a pretty awesome start.

These guys have set the bar pretty high for themselves. Fruit Ninja and Jetpack Joyride are high-water marks of casual mobile gaming. Showing what could be done on touchscreens when developing with the strengths of the platform in mind, rather than trying to shoehorn mechanics in where they just don't fit paid dividends in the early days of iOS for Halfbrick. How do you follow that act?

Exciting news in our inbox earlier this week revealed we won't have long to wait, as it carried the announcement of the funding from Hipster Whale, and the promise of an unveiling of its first project "soon."

The team also revealed earlier today the addition of programmer Ben Vale (also ex-Halfbrick), so it's kind of like the guys are just putting the band back together.

What else do we know? We know Prettygreat will be present at Apple's WWDC event next week, so the chances Prettygreat will continue targeting the platform of the team's former success stories are high.

The rest is pure speculation. With $500K the team could go all out and create a deep masterpiece the likes of République, which cost developer Camouflaj about that amount. More likely though is a series of smaller, highly polished games the likes of those aforementioned classics. Similar in scale, but hopefully innovative in some way.

Also Read: Our World Exclusive Making Of République in Episode 1 of Grab It.

The pressure to innovate isn't placed on every new indie start-up, but with Prettygreat's pedigree the eyes of the mobile gaming world will surely be watching.