Can Claymore and Crescent Moon Games hit it big with old school gaming? 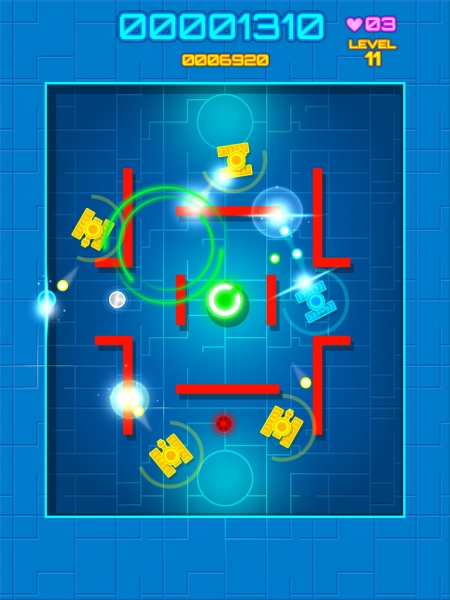 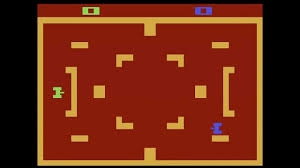 The recently announced NeoArcade - developed by Claymore Games and published by Crescent Moon Games - looks set to divide our couches into friend and foe, with a suite of two-player games clearly inspired by Atari classics. Bundled into the one app will be four games - NeoFire, NeoSmash, NeoTanks and NeoCycles. All will be playable alone versus AI, but we're thinking the optimal way to experience NeoArcade will be with a friend and a six-pack of beer.

It'll be interesting to see if a bright neon makeover will be enough to make these '70s classics appeal to gamers of the 21st Century. NeoFire looks to be a mash-up of bullet hell and air hockey, NeoSmash is the fresh face of Breakout, and fans can get their Tron on with Surround revived as NeoCycles.

Pictured above you'll see where much of this writer's childhood went - Combat. Those slow moving tanks pictured as the original below, compared to the NeoTanks refresh above, provided some truly intense two-player stand-offs as players rumbled cautiously out from behind cover to find a clear line of fire.

Back in the days when simple was the only option, and graphics were comprised of a handful of big fat blocks, fun was the key to success. Games such as Crossy Road are still harnessing and finding success with those key ingredients today, and if Hipster Whale can find fortune with a Frogger remake, then why not Claymore Games with Combat?

We'll be sure to check it out when it hits the Apple TV's App Store, which should actually be very soon, as Crescent Moon Games has recently revealed NeoArcade has been submitted for review.

The Apple TV as a microconsole is a brave new world for Apple. It remains to be seen if media consumers will turn to that secondary function of their little black boxes with the same sort of gusto as they did on their iPhones. For a look at the Apple TV from the developer's side of the fence, check out our interviews with Surprise Attack's Chris Wright and Cascadia Games' Chris Jorgensen.

Let us know in the comments below or on the usual social feeds what you're thinking of gaming on the Apple TV so far.