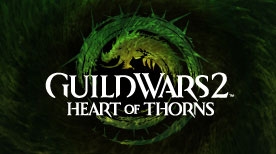 In a blog post today, gameplay programmer Branden Gee outlined some pretty interesting options being added to Guild Wars 2's camera system. The update to ArenaNet's MMORPG - coming in March - will add numerous field of view options, enabling players to adjust how much of the game world can be seen at any one time, and also sliders to offset the camera both vertically and horizontally.

The feature I find most exciting though is the first person camera view. Finally I'll be able to see the stunning world of Tyria through my level eighty Sylvari Elementalist's eyes. Those who really like to put the "role-playing" into their MMORPGs are bound for some exciting times. The first person view is not restricted to any gameplay modes, so it'll be interesting to explore with in PvE, or to add a visceral element to the combat in PvP. Time will also tell if those jumping puzzles are made easier or harder with this new camera option.

As Gee mentions in his post, there is sure to be a flood of beautiful screenshots uploaded by Tyrian landscape and wildlife photographers taking advantage of the fact that their toons are now out of the picture.

With the Heart of Thorns expansion also on the way, Guild Wars 2 fans sure have a lot to look forward to. It's probably about time I jumped back in myself and caught up on the half a dozen Living Story missions I've been collecting over the months but have yet to complete. Maybe I'll do them in first person mode after the camera update?

For now, you can enjoy the trailer for Heart of Thorns below.