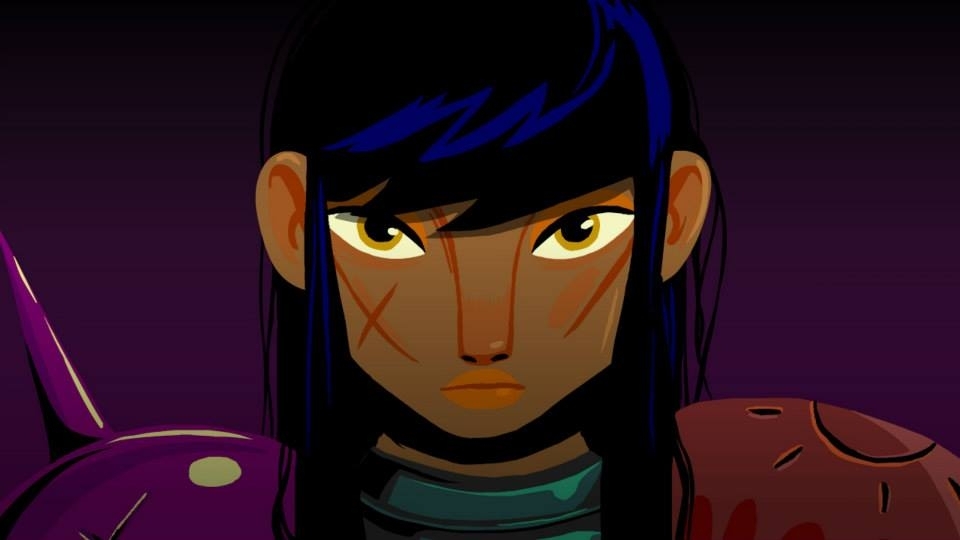 If in an alternate universe Jimi Hendrix and Carlos Santana went into game development instead of music, something like the upcoming game Severed might be the result of their strange inter-dimensional union. And just for the hell of it, if we were to continue along that weird line of musing, who would take their place in the music world? The great universal scales must be kept in balance, otherwise we have a vacuum, or maybe a black hole, and anyone who's seen Interstellar knows that black holes can cause bother on a grand scale. So maybe the game development world would lose... hmmm... maybe Jeff Minter and Jason Oda? Seems like a good fit to me.

Okay, still with me? Onto the task at hand.

When we posted earlier this year about Severed (here and here) the platforms Drinkbox Studios were targeting were as yet unannounced. The gameplay style - mixing Fruit Ninja and Infinity Blade - seemed to infer touchscreens and so we assumed iOS. Drinkbox today announced however that the game that had us making all sorts of stereotypical psychedelic drug references is actually heading first to the PlayStation Vita.

Sony's handheld, which looked to be dying a slow death over the last couple of years, has recently been repurposed as a companion to the PS4. (Mostly thanks to the new-gen console's Remote Play function, which allows PS4 games to be beamed onto the Vita and enjoyed from kilometres away.) I once predicted that the Vita would be the last ever dedicated portable gaming device made, thanks to the rise of smartphone gaming. I'm about as accurate with my predictions as I am with playing darts. Sometimes I'll hit the board purely out of luck.

It would be sad to see the Vita go the way of the dodo, as the device is a small gaming beast, so hopefully this renaissance will see more developers targeting the platform.

Drinkbox Studios describes Severed as an "RPG-light adventure." With upgradeable abilities, branching paths and puzzles, players will "take control of a one-armed heroine wielding a living sword as she knits together pieces of her story from both the past and the future."

Other platforms haven't been ruled out, as the developer's site for Severed says "no comment" in regards to whether iOS, Android and/or Kinect players will be dismembering enemy limbs.

Coming in Q2 2015, Severed is looking so far like another indie gem, set to garner itself a cult following like its previous game Guacamelee! - a great 2D platforming brawler. Check out the brand new trailer below.