Chunsoft's cult choose your own adventure game 999: The Novel is out now in Australia and New Zealand - this link will update automatically as it rolls out around the world, so just check back if it is not yet working. Also known by its full name, Nine Hours, Nine Persons, Nine Doors, the game originally appeared on the Nintendo DS in 2009 and received huge critical acclaim for its excellent presentation, rich atmosphere and fantastic story.

Now iOS gamers get a chance to enjoy that story firsthand, minus the puzzle-solving element that also appeared in the DS version. The cut may disappoint some, but 999's story is well worth a visit on its own. You are kidnapped and placed on-board a sinking cruiser with eight other random individuals. You're then forced by your sadistic captor Zero to engage in life-or-death games as you pursue freedom through the mysterious ninth door. The boat will be sleeping with the fishes in nine hours, creating a tension to your decision making, adding to the intriguing sense of mystery to really engage.

999 isn't the only recent Chunsoft classic to hit iOS, following the release of Banshee's Last Cry in January - you can grab it here.

It's continues a huge month for choose your own adventure gaming experiences, following the release of Tin Man Games' Zombocalypse Now (grab it here) and the studios subsequent announcement of a deal to bring Joe Dever's Freeway Warrior novels to iOS. 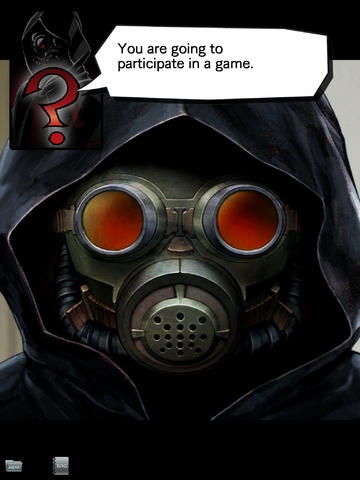