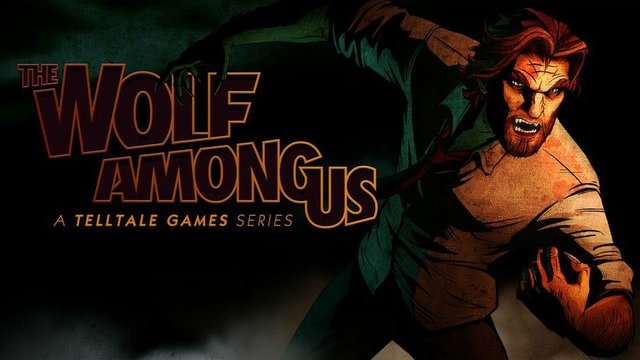 After being agonisingly drip fed episodes of Telltale Games’ The Wolf Among Us over the past nine months, the first season has finally reached its grand conclusion. With it came a hugely satisfying ending that wrapped up loose plot threads while leaving us hungry for more. In true Telltale fashion, a final mystery was also tantalisingly dangled in front of our noses, potentially paving the way for season two.

With the benefit of having the complete season available for play, there can be no doubt that The Wolf Among Us is an excellent game. After the runaway success that Telltale found with The Walking Dead, many wondered, as I did, whether lightning could strike twice. Not only did that lightning strike with a resounding thunder clap, I would go so far as to say that The Wolf Among Us surpasses The Walking Dead, and is currently shaping up to be my (early) game of the year. What I found in The Wolf Among Us was a title that taught me more about myself than any other game I’ve played recently. Who would have thought it would come through the gruff personality of Sheriff Bigby Wolf?

To understand where I’m coming from it is important to compare The Wolf Among Us with The Walking Dead, and point out a critical difference between these two games. This difference had a profound impact on me, made more apparent by its absence in The Walking Dead.

At a cursory glance, the fundamental structure of The Wolf Among Us doesn’t look so different from The Walking Dead. Player driven choices feature prominently in a narrative heavy game, where decisions are often made in a morally hazy environment. One obvious point of difference is that while player interaction typically takes a backseat, The Wolf Among Us is more action oriented. Sheriff Bigby Wolf is far more likely to get into fisticuffs than dear Clementine. But there is a far more subtle point of difference between these titles that may not at first be obvious. However, the longer you play The Wolf Among Us, the impact of this difference only grows larger and has increasingly significant consequences.

The difference is that player driven decisions actually matter and speak to who we are as individuals.

When The Walking Dead initially released, players everywhere rightly responded with shock and awe at the incredibly emotional story, and the prospect of making decisions that actually matter. Yet, in retrospect, it’s easy to see that the decisions you made as Lee or Clementine aren’t particularly meaningful. That might sound outrageous, but let’s look closer. Decisions that have real and important consequences, like choosing who to save in a split second, are shocking to make. Yet such decisions cannot have a morally right or wrong answer. Even in season two, when certain decisions can be made that seem to fall into a morally grey zone, they can still be easily rationalised as being about "survival," especially in a dog-eat-dog world. We learn nothing about ourselves in the process of making such decisions – how can we when there is no ultimately correct answer – although we may have to live with the consequences.

The reason for this is that Lee and Clementine are not empty slates upon which we can unilaterally impose our personalities. Both characters come with backstories and baggage, all of which influence the dialogue options and choices we can make for them. Of course, we have freedom within those choices to shape their stories, but it’s not complete freedom. Telltale gives us a framework of responses that conform to the personalities established by the developers.

However, the choices presented to players in The Wolf Among Us are different. While Bigby Wolf naturally comes with his own baggage, there is far greater freedom to shape his story. Choices have meaning and reflect what we, as an individual, stand for. Let me give you an example. Without revealing too many spoilers, a climactic scene at the end of Episode 5 presents Bigby with three options: mercy, justice or ruthlessness. Within my established set of beliefs, my natural inclination was to pick mercy. Yet, I hesitated. I couldn’t help but wonder what it would be like to spin my moral compass in the other direction. I selected ruthlessness. With my decision made, the citizens of Fabletown looked on in horror and, in some cases, disgust. A single block of text appeared on my screen: The citizens of Fabletown are afraid of the Big Bad Wolf.

Having gone against my natural inclinations, I was able to experience within the confines of Telltale's established structure, what those consequences were. Fear, horror and disgust. These consequences flowed on to the end of the game and were never fully resolved. In some cases there was affirmation, but it’s not the sort of affirmation you want. That didn’t sit comfortably with me.

Having the freedom to make these sort of choices provides far more opportunity for us, as the player, to project ourselves into the shoes of Bigby Wolf. Accordingly, we can learn far more about ourselves than simply being presented with options that always fall into a morally grey zone, or that can be easily rationalised away. The Walking Dead rarely, if at all, gives the player this freedom of choice.

With this sort of freedom, The Wolf Among Us taught me something important about myself. Going against my established set of beliefs felt uncomfortable and the consequences were unpalatable. It was satisfying to bring Bigby's story to a close, but a lingering bad taste was left in my mouth. Not because of anything lacking in the game, but because of the choices I had personally made. It reinforced for me the importance of being true for what it is I stand for. Even making these decisions within the confines of the safe environment of a video game made me feel uncomfortable. I have no desire to replicate these sort of decisions in reality. Does that make me a better contributing member to society?

Yet I don’t regret the decisions I made as Bigby Wolf. Those decisions were mine to make and I will own them. In fact, I will never replay the first season of The Wolf Among Us. I completely understand why some people would want to, so that they may choose alternative dialogue options, meet new characters and experience the story from a slightly different perspective. But, if I were to go back and forge a different path for my Bigby Wolf, I would be untrue to myself and diminish the impact of the choices I made.

As I was writing this article, I couldn’t help but wonder if anyone would understand my point of view. Perhaps you think I’m overanalysing the game? Maybe you don’t care? Or, perhaps I’ve raised more questions than I've answered (after all, who is to say my moral structure is the "right" one?) But the wonderful thing about The Wolf Among Us is that it is a personal experience. Whatever you took away from your time with Sheriff Bigby Wolf cannot be disputed. That is your experience. For me, I learnt something important about myself for which I am grateful.

Thank you Sheriff. See you next season.