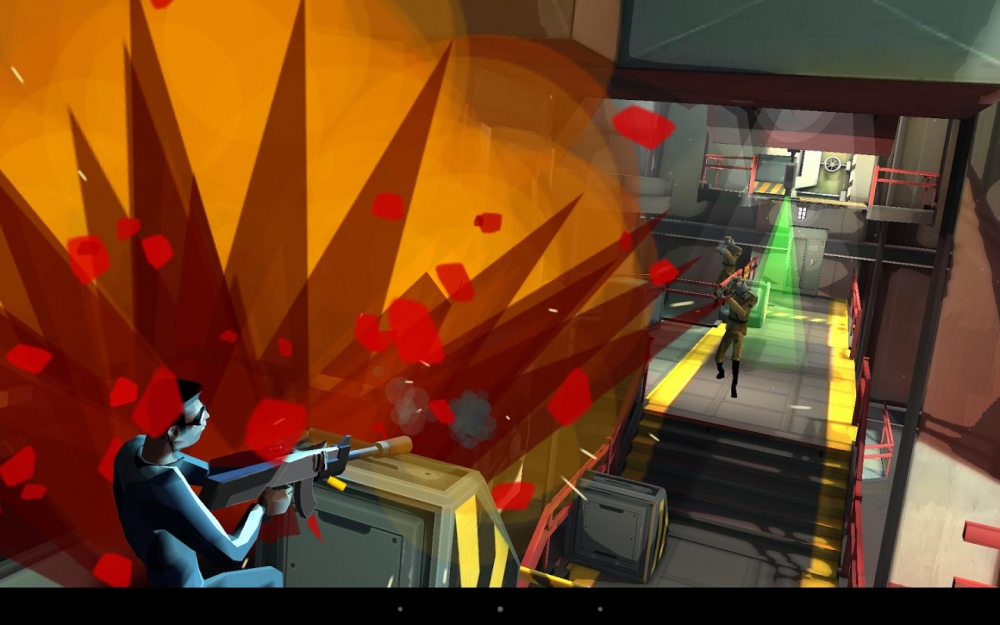 As the year continues to roll on, the quality of iOS games has only seemed to get better and better. Truly, the indie scene is such a fertile breeding ground for unbridled creativity and unashamed passion. Like chalk and cheese, this month alone the variety of the games on our list couldn't be more different. Everything from pirate gamebook adventures to Cold War espionage platformers to alien tower defence games. And goats. Let’s not forget the goats.

When you’re done checking out the following games, be sure to also have a look at our Top 50 Best iOS Games of 2014 So Far (January to June) and our Top 10 Best Premium iOS Games of August. Still not enough gaming for you? We just released our biggest episode ever, covering all of the amazing indie devs who will be on show at PAX Australia. Even better, it’s free right now! Grab it here.


10. Goat Simulator (Coffee Stain Studios)
Play as a goat, cause chaos and blow stuff up. Nothing more needs to be said, just watch the trailer below. You’re welcome.
Grab It Now

9. The Sagas of Fire*Wolf (Tin Man Games)
Compared with more recent titles released by prolific developer Tin Man Games, The Sagas of Fire*Wolf is a return to a more traditional style of gamebook. Which is a very welcome thing! Based on the eighties works of J.H. Brennan, expect lots of fantastical names to remember, die rolling and a healthy dose of luck to boot. But in an interesting and refreshing departure – taking a leaf from the source material – the story is written in third person rather than the more typical first. If that’s not enough to convince you to pick it up, then might I mention The Sagas of Fire*Wolf encompasses four books for the price of one. Happy hunting.
Grab It Now 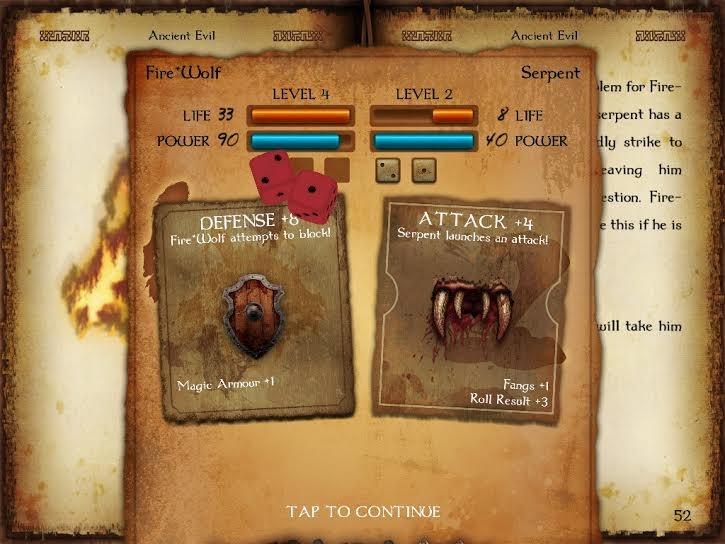 8. Counterspy (Dynamighty)
The Cold War era has always been a ripe period of history for video games to tap into. The undercurrent of political intrigue overlaid by tall stories of espionage and secret agents is quick to capture the imagination. Developer Dynamighty has done an excellent job of capturing the essence of this time. In what could be the plot for a James Bond movie you assume the role of a covert agent who has to infiltrate Soviet bases to avert a nuclear disaster. Creeping through very Soviet-like installations with a mixture of subterfuge and stealthy 2D platforming plays out in practice exactly like I had always imagined. Managing to sneak past a bunch of pesky guards, blow up a computer with vital intelligence and hightailing it out of there never gets old. James Bond, look out!
Grab It Now

7. Goblin Sword (Gelato Games)
The delicious sounding Gelato Games has released an equally palate pleasing platformer in Goblin Sword. Proudly flying its old-school colours, Goblin Sword wouldn’t be out of place several decades ago. It’s all there tied up in a nice little package – solid and interesting platforming mechanics, mountains of loot, upgradeable equipment, enemies aplenty and tough boss fights. Something that also stood out to me were the sprite-based environments, which look incredibly sharp and really pop off the screen with colour and life. Goblin Sword is a wonderful love letter to the retro platformer.
Grab It Now

6. Fotonica (Santa Ragione)
Have you ever wondered what it would be like to run around inside a computer program? If so, then Fotonica might just scratch that itch. In a marketplace where an endless supply of auto runners reigns supreme, Fotonica does a wonderful job at standing out from the pack. Played from a first-person perspective, the environments have a very abstract yet structured feel to them - what a computer program might look like. Even so, they still manage to convey a sense of exhilaration and speed. There’s almost a sense of urgency as the levels whip by you at an adrenaline-pumping, breakneck pace. While the minimalist visuals will draw you in, it’s the punishing and challenging difficulty that will convince you to stay.
Grab It Now

5. Down Among The Dead Men (inkle)
I’ve said it before and I’ll say it again, there are simply not enough pirate games out there! Which is why I’m very excited that gamebook developer inkle has come to the party releasing Down Among The Dead Men. As an adaptation of Dave Morris’ titular pirate adventure, the quality of the writing is exceptional. Truly, I don’t think I have read a better gamebook. Morris is able to convey in such a powerful and exhilarating way the harsh beauty of the pirate life. It’s as if I could taste the salty breeze and hear the bellowing laughter of drunken cutthroats. There is a lot of gameplay on offer too, with 3 difficulty modes, 125,000 words of dialogue and over 2,000 branching pathway options. This is one gem not to leave buried.
Grab It Now 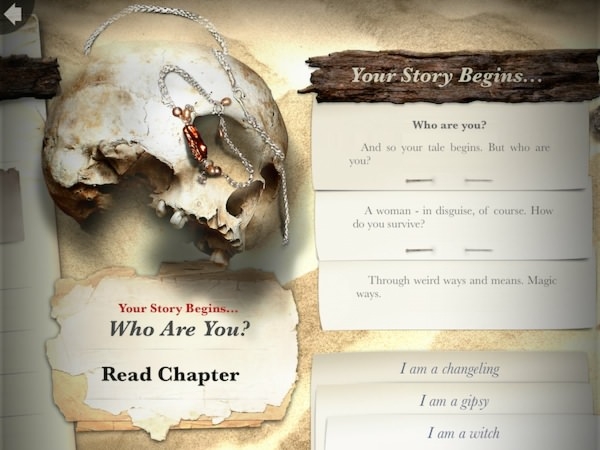 4. Anomaly Defenders (11 bit studios)
The Anomaly series has always received an excellent rap for its blend of stunning visuals, strategy and its willingness to experiment with interesting twists on the classic tower defence template. Anomaly Defenders continues that trend wonderfully. My advice is to set the difficulty to at least normal because this is where the game really comes alive. It’s not a simple case of dropping some turrets down and letting brain-dead enemies run into them. There’s a pause button for good reason. Every now and again you’ll find yourself hitting pause, just to sit back and evaluate what the heck is going on. Defenders is truly a thinking man’s (or woman’s) game that provides immense levels of satisfaction from being able to outwit your cunning enemy.
Grab It Now

3. Valiant Hearts: The Great War (Ubisoft)
Any game that takes inspiration from a real-life war needs to tread carefully, ensuring that it remains respectful and true to its source material. Ubisoft has done an incredible job of walking this fine line, managing to tell a grim and sombre tale of WWI that is still infused with a sense of warmth and humour. Set in the trenches of the great war, this simple point-and-click adventure follows the stories of a German solider, a French nurse, an American volunteer, a French farmer and a loveable mutt. The comic book-like visuals are both stunning and confronting, conveying just as much as the story. Ubisoft should be applauded for unashamedly painting a grim picture of the realities of war, yet highlighting the strong bonds of friendship and humanity that can still shine through in such darkness.
Grab It Now

2. Mikey Boots (BeaverTap Games)
I’ve never played a game in the Mikey platforming series before, but after jumping into Mikey Boots, consider me hooked – line and sinker. Wearing a pretty swank set of jet-powered boots, Mikey’s goal is to platform his way through a series of levels ranging from easy to extreme. Each level feels thoughtfully put together and, most importantly, achievable. There is also an incredible amount of replayabilty on offer, with a bunch of collectibles to find and leaderboards. But Mikey’s Boots is perhaps even greater than the sum of its parts, coming across as one of those games that is just genuinely fun and enjoyable. A game that will put a smile on your face with its infectious and upbeat vibe.
Grab It Now

1. Five Nights At Freddy’s (Scott Games)
Boy was it difficult to pick just one game to take out the top gong for the month of September. But after careful consideration the honour goes to the indie horror survival title Five Nights At Freddy’s. As a security guard on night shift at a family restaurant called Freddy’s, you wouldn’t expect to see much action, right? The only problem being that the ‘family friendly’ animatronic robots that are oh-so pleasant during the day have a nasty habit of going nuts during your shift. To survive the night, you are required to track the evil robots through the store’s security system and keep them out of your office. Did I mention you only have a limited power supply, too? At first, I was genuinely sceptical about how scary this game could be. But after being jumped by one of the freakiest rabbit robots I’ve ever come across, I needed to take a break. The wonderfully creative idea from Scott Games combined with some genuinely suspenseful and scary gameplay make this a must have for iOS owners.
Grab It Now

So how did we do? Are these games all worthy to be in the top 10 for the month of September? Did we miss a blindingly obvious gem? Let us know in the comments below!