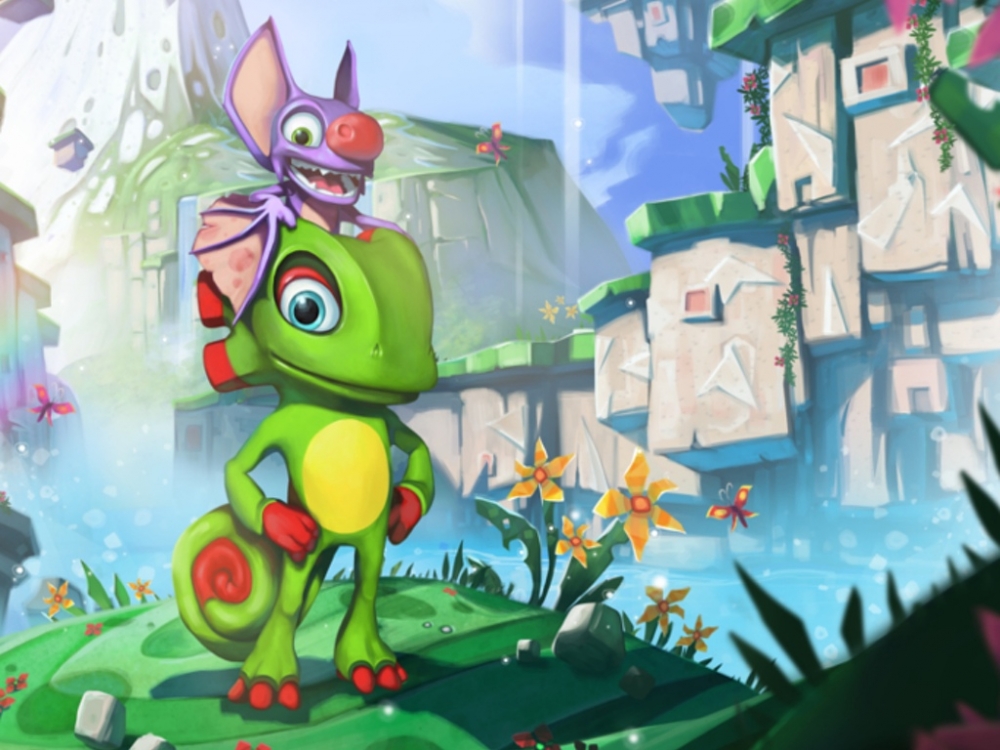 Playtonic Games launched its Kickstarter for Yooka-Laylee (check it out here) today and 40-minutes later, the colourful duo breezed past its rather modest funding goal of £175,000 (AU$265,000.) Less than 24 hours later Yooka and Laylee had managed to amass a small fortune to the tune of $1 million, smashing through all of its stretch goals. With 43 days still remaining, the sky is the limit for these two mischievous creatures with total pledges pushing the $2 million mark from 38,000 backers.

There will be plenty of time to celebrate the success of Playtonic Games and for us to eagerly anticipate this old-school flavoured platformer, but for now, on behalf of gamers everywhere, I want to say to publishers, “we told you so!”

As plain as day, in everything but name only, Yooka-Laylee is the natural evolution of the Banjo-Kazooie series. This iconic series from legendary developer Rare last received a sequel in 2008 in the form of Banjo-Kazooie: Nuts and Bolts. Although fans have long clamoured for another entry, their pleas have largely fallen on deaf ears. However, Playtonic Games - comprised of some ex-Rare devs - has heard our heartfelt pleas and are looking to fulfil our desires.

This is a trend we have seen emerge time and time again. For years now publishers have told us that we don’t want more entries in classic series like Crash Bandicoot, Jak and Daxter, Ratchet and Clank, Gex and Bubsy. Apparently, there is just not enough interest to warrant commissioning another entry.

Every now and again, these publishers “graciously” extend an olive branch to us. Occasionally we might see one of these games released as a digital download or as an HD remaster, such as the recent Jak and Daxter Collection. If we’re truly lucky, one of these characters might feature in some sort of game cross-over, endless mobile runner or in a kart racing title. 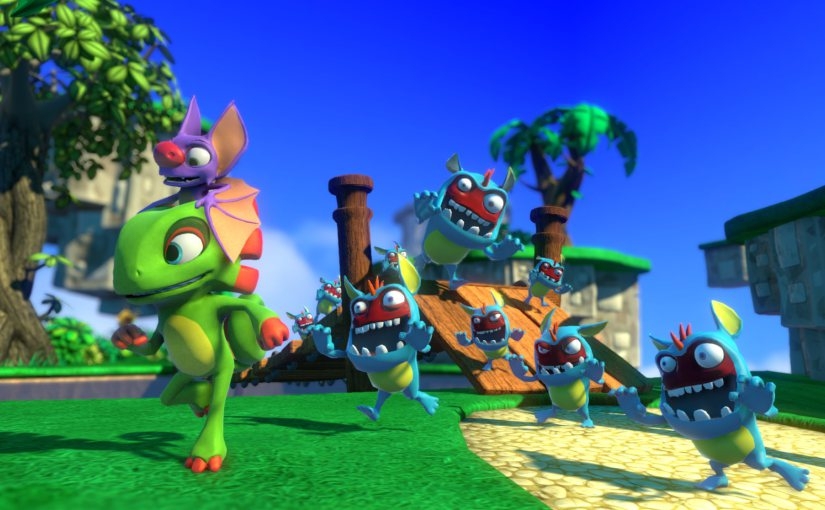 It has become crystal clear over the past few years that the developers who made those fantastic games have their finger on the pulse much more than the publishers. These developers, frustrated just like us, are taking to funding platforms like Kickstarter to create spiritual successors to their iconic titles. Yooka-Laylee is just the latest game to join a growing list.

After years of heartache, diehard Mega Man fans had given up hope that Capcom would ever release another entry featuring the iconic blue man. Instead, series creator Keiji Inafune took off on his own and came up with the idea of a spiritual successor - Mighty No. 9. Just like Yooka-Laylee, Mighty No. 9 smashed its funding goal on Kickstarter and is now nearing release.

Other similar examples can also be found. For years, fans excitedly anticipated a sequel to the excellent action/strategy title, Syndicate Wars. Interestingly, we did receive another entry in 2012 but it was not the game we were hoping for. Rather than following the blueprint laid down by its predecessors, Syndicate was reimagined as a first-person shooter. Needless to say, the reboot was not well received. Just recently what we've seen instead is a bunch of ex-Bullfrog devs take to Kickstarter to launch a spiritual successor to Syndicate Wars called Satellite Reign. In every way, Satellite Reign is shaping up to be the next Syndicate game we've always wanted (you can read our preview of Satellite Reign here.)

The success of projects like Mighty No. 9, Satellite Reign and Yooka-Laylee should serve as the clearest indication to publishers yet that we are still incredibly interested in old-school franchises. Give us a new Crash Bandicoot or Ratchet and Clank because we’ll gladly eat them up. If not, publishers are going to miss out entirely on a slice of the action as we’re going to continue to see developers take to platforms like Kickstarter to launch their own spiritual successors.