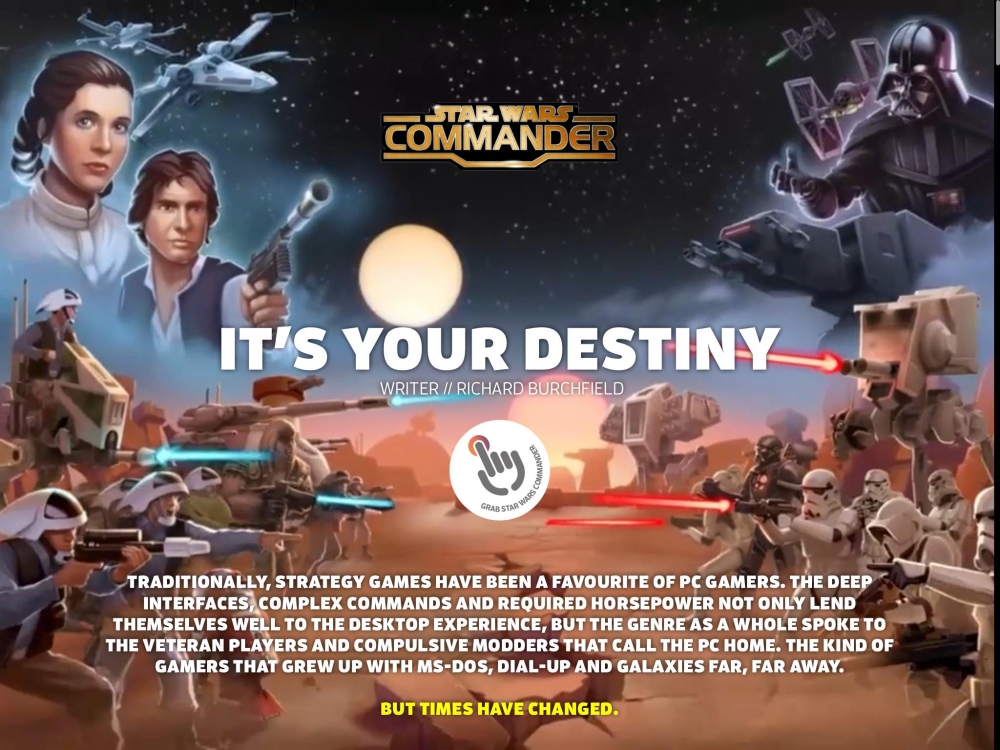 The Force is mighty strong with Star Wars in 2015. People are amped on the franchise again, with a great looking new movie on the way, the animated series killing it and a fresh run of games on the horizon – including DICE’s Star Wars Battlefront and an unannounced adventure title being penned by Uncharted scribe Amy Hennig.

Mobile has played a huge role in this renaissance, with a number of Star Wars games hitting the App Store - so much so we recently did a Top 10 Star Wars Games article. Since we wrote that, however, a huge new real-time strategy entry, complete with unique story arcs, characters and competitive gameplay, has emerged in the form of Star Wars Commander. Grab It was lucky enough to find some plans in the back of an old R2 unit, sneak into the Disney Interactive Death Star and talk with executive produce Eric Matsumura about the game’s creation.

Our full, exclusive making of feature has been included as a free update to Episode 6 of Grab It, so make sure you update the app if you are an existing owner. If you’ve yet to pick up this episode, you can grab it here – it’s a huge issue, also including a full making of feature with Wizards of the Coast on Magic the Gathering, and Tin Man Games’ on its series of Gamebooks. New indie developers should definitely soak up our interview with Appster CEO Mark McDonald, too, whose insights are truly invaluable. A full trailer is below.