Virtual Reality is not far away from hitting the consumer market, with Project Morpheus, Vive and Oculus Rift heading to PC, PS4 and (it's rumoured) XBO. But after experiencing it for myself, I’m not sure if gamers are prepared for its impact. 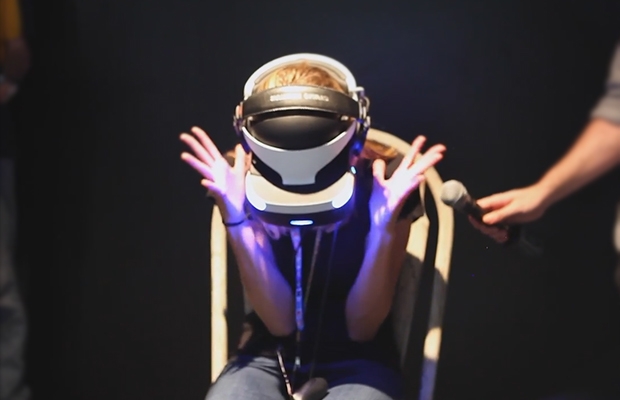 At E3 2015 I was lucky enough to spend some time playing the Project Morpheus, the upcoming virtual reality headset being made for Sony and connected to the PlayStation 4. It was awesome; comfortable, immersive, fun and far more visually dynamic than what I have experienced on the Oculus Rift – Q1 2016 cannot come soon enough! One tech demo called Kitchen, however, has made me wonder how risky the experience - across all VR headsets - could prove for some people.

Kitchen is a horror title by horror maestros Capcom (Resident Evil). When the tech demo starts you’re sitting on a seat, tied up. You’re in the titular Kitchen, but it could easily be one of the torture chambers from a SAW movie, or one of the chop shops from The Evil Within. A colleague lying on the ground suddenly wakes up. “What happened?” he wonders. He picks up a knife and begins cutting through the tie bounding your hands. Meanwhile you’re exploring the world, looking every way you can and seeing nothing but the grizzled detailed of this dilapidated kitchen.

Suddenly another body rises from the ground, looking like a cross between the little girl from The Ring and the one in The Exorcist. She sneaks up behind your friend and thrusts a knife right through him, blood spurting in your face. She then drags the body around a corner and after some disgusting noises, the severed head of your mate rolls around to your feet.

Bloody hell. You start frantically looking around the room trying to find your out. This is a game right, I must have to do something. But instinctively your eyes dart back to the corner where the sound of a chain dragging on the ground can be heard. All of a sudden, silence. Then a few heartbeats later, four bloodied fingers come down over your eyes and yank your head back. She’s behind you! You see the little witch’s evil face for a split second before the knife in her hand slits your throat.

I enjoyed Kitchen, wide-eyed as I was lapping up the possibilities of virtual reality gaming for the first time. But I had an intense physical reaction to these final moments. When the girl/devil/thing yanked my head back, I felt truly frozen. In real-life my head was probably slamming forward, but in my brain’s reality I could not move my head as hard as tried. The strain in my neck and the sheer uncomfortable feeling of it wasn’t fake. It was real. For a fleeting moment my body panicked.

This was just a demo. When an actual horror auteur gets into virtual reality and starts pulling the strings I can see people really getting screwed up. In fact, I can very much see people dying.

People will die playing virtual reality, of this I have no doubt. It’s that good.

If you’d like to read more on virtual reality titles, Episode 8 of Grab It – our digital magazine for iPad – includes a number of exclusive interviews and features on some of the hottest virtual reality indie games on the horizon. Watch the trailer below...