The news of an official Resident Evil 2 remake might be music to many ears, but it's coming at a steep cost to one poor group of loyal fans. 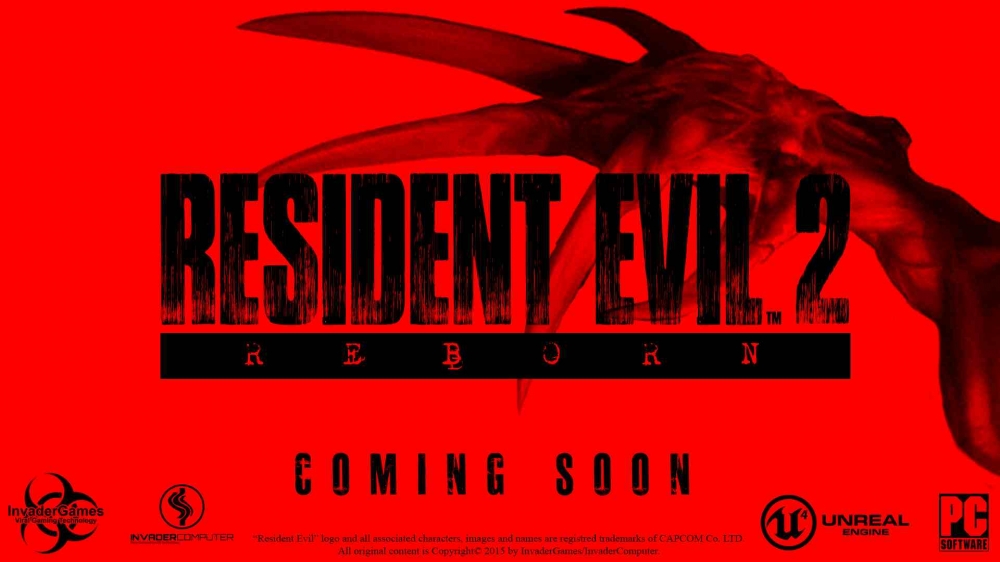 Capcom understands the business of fan service. From building its own gaming-themed bar in Tokyo, to releasing Dead Rising 3 DLC that transformed the game into an arcade beat-em-up, the company is not ashamed of trading on nostalgia. With the unexpected success of Resident Evil HD, a remake of a remake of the 20-year-old survival horror game, Capcom has openly declared its intent to focus on its past, promising a Resident Evil Zero remake for early next year and just recently confirming that Resident Evil 2 will see the same HD treatment. In short, it's a good time to be a Resident Evil fan.

Unless you happen to be Invader Games. Back in 2013, the independent studio embarked on a mission to create the RE 2 remake fans had been clamouring for since the original's GameCube remaster. Now, two years later, the nearly two dozen volunteers comprising the outfit have received the most disheartening of news: Capcom has issued a cease-and-desist letter demanding the immediate termination of their passion project. Two years and uncountable man hours late, with a playable release on the imminent horizon, Capcom only now deigns to declare its disapproval. Why wait so long? 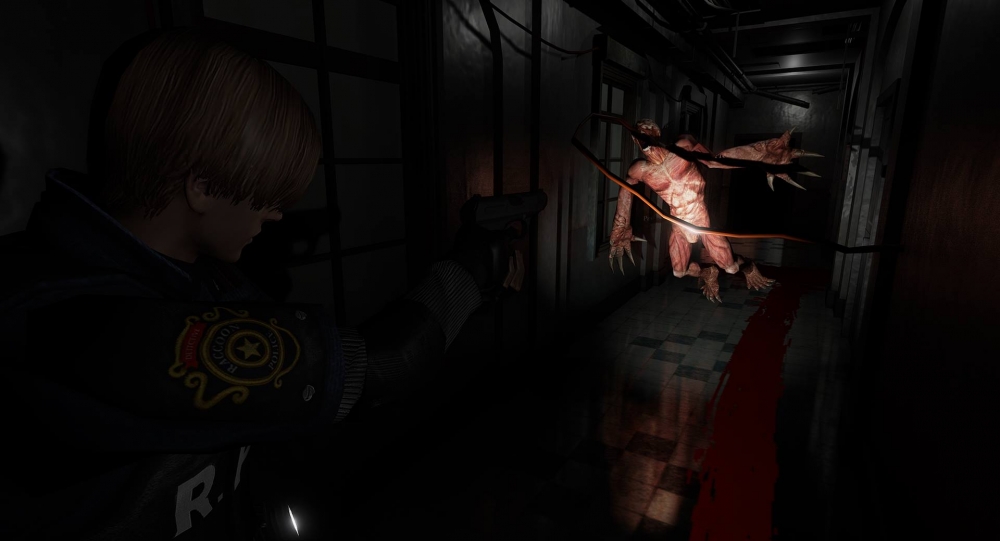 The answer is obvious: Capcom has sufficient motivation now to do the remake itself. Up to this point, it had only the word of fans with which to gauge the worth of such an undertaking. That was clearly not enough, but now that it has the hard sales numbers of RE HD to go on - one million copies and counting - the reward evidently outweighs the risk.

This justification isn't much comfort for Invader Games. Two years of tough, thankless work, destroyed in a heartbeat by the very company that work was celebrating. Capcom has even had the nerve to come out and say that the popularity of the fan project played a big part in its decision to greenlight an official remake, essentially admitting to using Invader Games' efforts as a free means of probing public interest. Why pay for market testing when someone else can do it for free?

Also Read: Backing Star Citizen Makes You A Gambler, Not an Investor

Nothing Capcom has done is technically wrong. It is well within its rights to protect the Resident Evil IP by shutting down unauthorised projects. Where the red flags pop up is in the timing of its intervention in Invader Games' case. By allowing the remake to exist freely for two years, its consent would seem to be implicit. Could Capcom merely have been oblivious to Invader Games all that time? It's possible, but unlikely. As with all big companies commanding popular IP, its legal department must keenly monitor all potential copyright and patent infringements in order to protect the business' bottom line - just look at Bethesda's seemingly ludicrous dispute with Mojang over the use of the word "Scrolls" in a game's title. It is far more likely that Capcom simply turned a blind eye to Resident Evil 2 Reborn while the project posed no threat to its profits. Only once that changed were the lawyers sent to work. In an effort to avoid the ire of incensed fans, Capcom accompanied the cease-and-desist letter with an invitation for Invader Games to meet and "discuss further ideas." What this will involve is unclear, but Invader Games has put on a brave face and expressed excitement for the opportunity. Personally, I'm not ready yet to share in the enthusiasm. The meeting could be nothing more than a glorified tour, poor compensation for Invader Games' toils. The labours of nearly two dozen loyal fans have been banished to oblivion. Capcom will build the official remake using its own engine and its own assets, ensuring that not a trace of Invader Games' creation ever sees the light of day. To have something you spent two years of your life meticulously crafting condemned to eternal purgatory must be absolutely devastating.

Also Read: What Does Indie Even Mean Anymore?

The only way Capcom can salvage this situation is if it hires the Invader Games team to assist with official development. Even if the position was mostly perfunctory - Capcom couldn't be expected to surrender the reins to an amateur studio - it would at least show that Capcom truly respects its fans and doesn't merely exploit them. We'll have to wait and see, but I'm cautiously hopeful that Capcom will see the value in this approach.

Unfortunately, even if it does, it has already sent a clear message to aspiring developers: stay away from Capcom's crop. Remakes reap big money, and that money belongs in its coffers, no one else's. Fans often want nothing more than to celebrate the games of their youth that the industry has long neglected, but what motivation is there to make the effort when a big publisher can just swoop in at the last second and make off with the spoils?

Deterring fan developers like this hurts the industry. Without their tireless efforts, not only would publishers miss out on free publicity and quantifiable evidence of public interest, the industry as a whole would be deprived of a valuable source of fresh talent. Just like the modding scene, homebrew remakes have often served as a stepping stone for aspiring designers and developers looking to launch their careers. 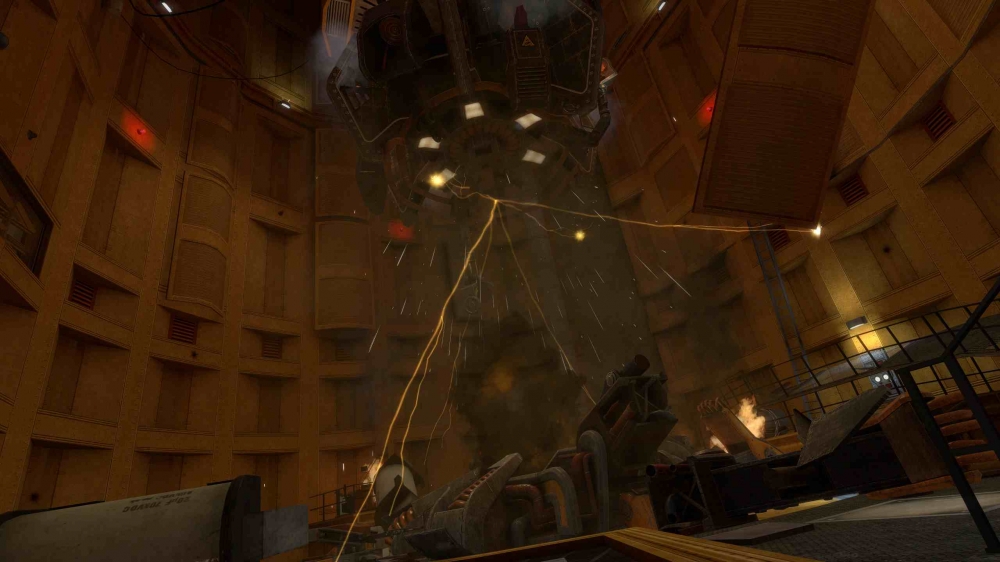 Take Black Mesa for example. A Source-engine remake of the original Half-Life, the project propelled its developer Crowbar Collective into the spotlight when Half-Life developer Valve announced its official consent, not only legitimising the project's existence, but allowing it to be sold as a full commercial product. Black Mesa has since received overwhelmingly positive reviews and its popularity on Steam ranks amongst the likes of Batman: Arkham Asylum.

The modding team involved in the TES Renewal project looks set to enjoy similar success with Skywind, a remake of The Elder Scrolls III: Morrowind built inside the Skyrim engine. The development team has expanded so much thanks to the project's popularity that it has been forced to establish its own internal divisions replete with department managers. The team has even been able to broaden its horizons and tackle a similar remake of Oblivion too.

For all the benefits of fan remakes, though, it's impossible to ignore the business dilemmas involved. Since the projects are non-profit endeavours - the notion of charging for them raises a whole slew of copyright concerns I won't get into here - they pose a direct threat to any revenue the original product might still be generating. If consumers have a choice between shelling out $10 for a blocky, clunky reissue of a classic title on PSN or the Virtual Console - often consisting of little more than the original ROM wrapped in an officially-branded emulator - or saving their money and scoring a prettier, often better-playing version, it's not hard to guess which option wins out. Publishers, then, are faced with deciding which is worth more: fostering rapport with fans and generating some free buzz, or the steady drip of effortless money bled from the veins of its past.

While the choice may be a simple one for fans and consumers, it's naïve to expect all publishers to favour goodwill over profit. And that's okay; it is a business' prerogative to make money, just as it is a buyer's prerogative to vote with their wallet. Where it all comes unstuck, though, is when companies like Capcom abuse the commercial system so that they can have their cake and eat it too. The RE 2 fan remake starts to stir up interest, teasing fans with the long-awaited answer to their exhortations, then bam!, Capcom comes in and barges the little guy out of the way, stealing the spotlight for itself. And because the law is on its side, there is little anybody can do. 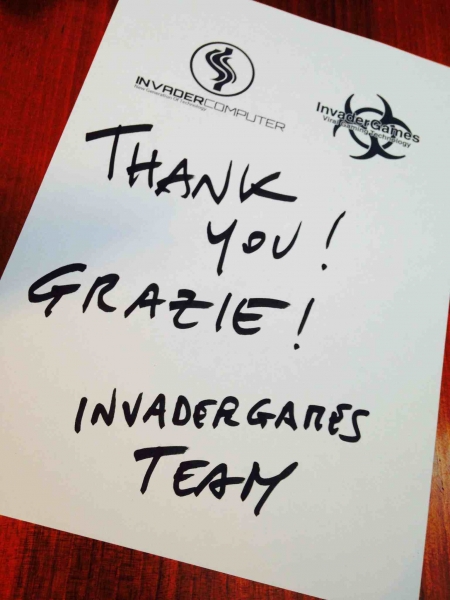 Worst of all, this unsavoury situation could have been avoided entirely if both parties' intentions had been laid out from the get-go. If Capcom had exercised its authority at the project's inception, Invader Games could have saved itself countless hours of wasted work. Similarly, if Invader Games had reached out to Capcom at the outset, the two parties could have reached an understanding without so much senseless disappointment.

With an ever-growing vault of retired franchises, and the accessibility of development tools increasing every day, the opportunities for fan remakes are only going to grow more fertile. The industry needs to define a firm, clear framework for facilitating communication between big companies and their most avid fans. This could be achieved by establishing an official register where independent developers could openly declare their interest in remaking a classic title. Holders of the relevant intellectual property rights would then be notified and given a set amount of time to respond with permission or objection. Developers would thus save themselves the pain of last-minute legal action, and publishers could be held accountable if they repeatedly crushed all fan projects without throwing their own hat into the ring.

Of course, an initiative like this wouldn't come cheap. It would require a respected and efficient communications network spanning the entire games industry. Getting all the big publishers to sign on would be tough, especially since they'd be forfeiting the carte blanche they currently possess. Legitimising the operation would entail writing up legally-binding contracts and hiring highly-trained staff to maintain and police the complex system in order to prevent its abuse. Who would bear the cost for this? And who would take the risk of being the first big name to give up their advantage for the greater good? Such a solution is clearly imperfect, but the industry needs to do something to address this neglected issue.

What do you think? Have you got any ideas for how to tackle this thorny situation? Or do you think it's best left to sort itself out? Leave your comments below; I'd love to hear your opinion!