Even with so much already on its plate, Grab It Magazine picks four franchises that Telltale Games definitely needs to work on in the near future. 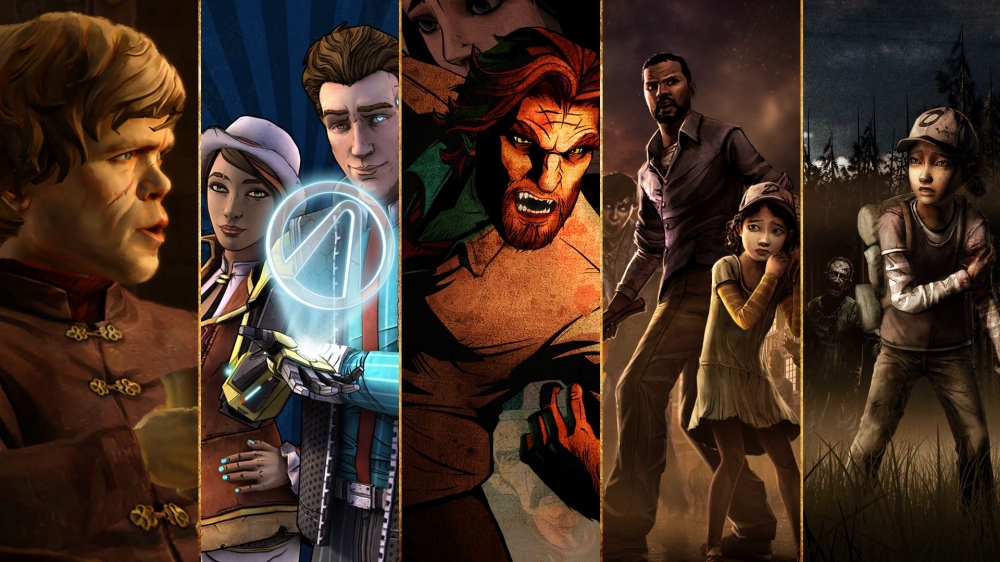 I think it’s fair to say that Telltale Game’s fortunes are riding rather high at the moment. Ever since its excellent adaptation of The Walking Dead, Telltale can (almost) do no wrong. A pretty telling mark of Telltale’s confidence is its expansion into other, potentially very risky, franchises. Seriously, no one could have possibly guessed that Telltale would team up with Microsoft/Mojang to make a Minecraft-inspired game. Or what about the announcement of its new hybrid TV/video games series called Super Shows?

(Note: You can play the following games on your iPhone or iPad by clicking the game name - The Walking Dead, The Wolf Among Us, Game of Thrones, Tales from the Borderlands, Back to the Future.)

So in the spirit of picking somewhat obscure ideas (like Minecraft,) we’ve picked four franchises that Telltale should definitely consider sprinkling its magic dust over. We’re only half joking too... 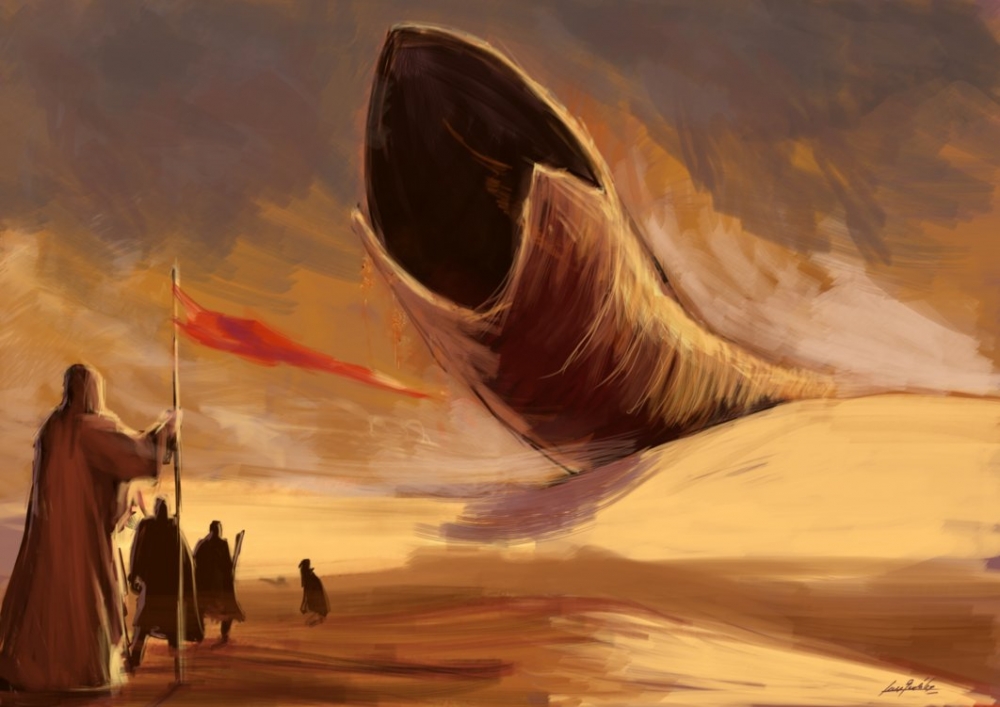 Created from the wonderfully complex mind of Frank Herbert, the Dune series is my all-time favourite set of novels (which now comprises 19 books.) I could never hope to adequately summarise Dune, so please forgive my woeful effort.

Dune is a science-fiction series set thousands of years in the future. The series chronicles the rise and fall of civilisations that have developed advanced technologies, and superior mental and physical abilities. Throughout the series the harsh desert planet of Arrakis (i.e. Dune) features prominently, being the only known source of the most valuable substance in the galaxy, melange spice. The narrative often revolves around the perspectives from a number of "houses" and "groups," such as House Atreides, psychic humans known as Mentats and the machine empire.

For those who have devoured the books like me, the richness of the Dune universe is just begging to get the Telltale treatment. My vision is for a five episode series - possibly spanning multiple seasons - set at different points along the Dune timeline continuum. Imagine taking control of Paul “Muad’dib” Atreides at the height of his power and then following his decline into exile. Or settling into the toxic mind of the Baron Vladimir Harkonnen, or even the reviled general of the cymek machines, Agamemnon.

But knowing Telltale, they would likely take a different approach entirely. Similar to their adaptation of Game of Thrones, Telltale could put us in the shoes of a prince or commander in a relatively minor house. We could then observe the great events recorded in the Dune universe through the eyes of an outsider, yet still come across those great heroes and villains. The possibilities are endless! 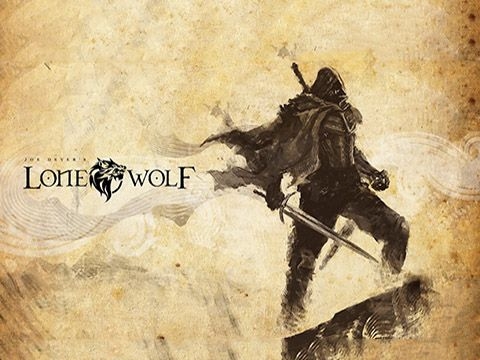 Admittedly, I was rather late to the party on Joe Dever’s Lone Wolf series. It wasn’t until I played the excellent digital gamebook adaptation last year that I realised its mindblowing potential and beauty. You can read our review of Acts One and Two of Lone Wolf in Episode 5 of Grab It, where I called it “one of the best gamebook adventures on the market, striking the perfect balance of an old-school gamebook feel while breathing new life into an otherwise aging genre.”

Lone Wolf was initially developed as a series of 28 gamebooks, created by fantasy author Joe Dever. The story revolves around Lone Wolf, the last of the warrior monks known as Kai Lords. Set in the fictional world of Magnamund, the forces of good and evil are constantly embroiled in a fight for control of the planet. Lone Wolf plays a pivotal role in tipping that balance in favour of one side or the other.

Also read: Episode 6 of Grab It, featuring an exclusive feature with Tin Man Games and our Top 10 Digital Gamebooks

To some extent, the fantasy genre is such a ripe one for Telltale to explore, no matter what franchise it is. But the universe of Lone Wolf could be the pin-up boy to showcase its potential. Dever has already created such a rich backdrop, that Telltale would only merely need to plug into it. In this case, Telltale could drop us right into the shoes of Lone Wolf, off on his latest adventure to fight hordes of Vordaks and Drakkars. It would make sense that Telltale should collaborate closely with Dever, similar to the recent digital gamebook. That way, we get the best of both worlds - a classic Lone Wolf story straight from the mind of Dever, coupled with Telltale's unique gameplay.

I bet you didn’t see this one coming. But hear me out. I genuinely think that the 24 television series, featuring Keifer Sutherland as the badass Jack Bauer, could be ripe for the Telltale treatment.

Anyone who has even remotely heard of 24 probably knows the general plot of each season - Jack Bauer kills a lot of people to stop a bunch of terrorists. It's big, dumb fun. And why shouldn't it make for a good Telltale game? Each season - nay, each hour! - has plenty of elements that could easily fuel a five episode series from Telltale. Political intrigue, mole after mole infiltrating the Counter Terrorist Unit (CTU) and questionable interrogation tactics could make for some pretty gripping stuff. The only thing I’d advise is not to make us rescue Jack’s daughter Kim, as she was just plain annoying.

A similar game: The Detail: Where the Dead Lie Review - A Masterpiece?

Again, we don't necessarily have to view the whole season from the perspective of Jack Bauer. We could see it through the eyes of the head of CTU - an agent along for the ride with Bauer - or even a code monkey back at CTU. One thing to note though, 24 obviously features a lot of fast-paced combat scenes and this shouldn’t be shied away from in Telltale’s work. But combat situations haven’t always been Telltale’s strong suit. So as long as they can nail those down, 24 could be an excellent franchise to take on. 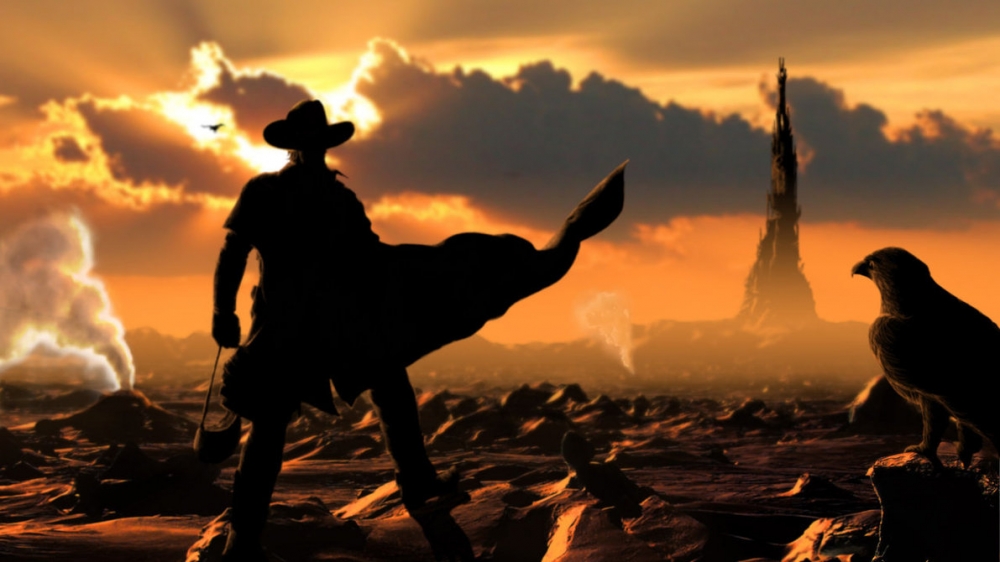 Prolific author Stephen King has to be, hands down, one of the most intriguing and eccentric writers going around. Dipping his toe into the icy waters of multiple genres like horror, fantasy, science-fiction and western, King is one of the most well-rounded writers you'll come across. One of King's most famous series is The Dark Tower and we think it is perfect to be "Telltale-ised'."

King himself describes The Dark Tower series - which features eight novels - as his magnum opus. The series follows a fellow described as a "gunslinger" - the last living member of a knightly order that closely resembles King Arthur - and his quest toward a tower the nature of which has multiple meanings. I won't ruin any more of it for you.

Also read: Someone Will Die Playing a Game in Virtual Reality

The Dark Tower series is such an iconic piece of literature that it surprises us we haven't seen it utilised more in gaming. Having expanded to eight novels, plus numerous spin-offs and other media, the work has already been done in fully fleshing out a living and breathing world. It would seem sensible for Telltale to plonk us directly in control of The Gunslinger, as he makes his way towards the elusive Tower.

The story doesn't necessarily need to follow that of the novels, but could perhaps be "an untold story." Teaming up with King would ensure that we get a narrative that stays true to King's vision for the series. The Dark Tower has the potential to be one of the most immersive and rich backdrops for a gaming world, so why not see it through the eyes of Telltale?

What do you think of our choices? Should Telltale go with these or something else entirely? If you had the choice, what would you pick for Telltale to tackle next? Sounds off in the comments below.