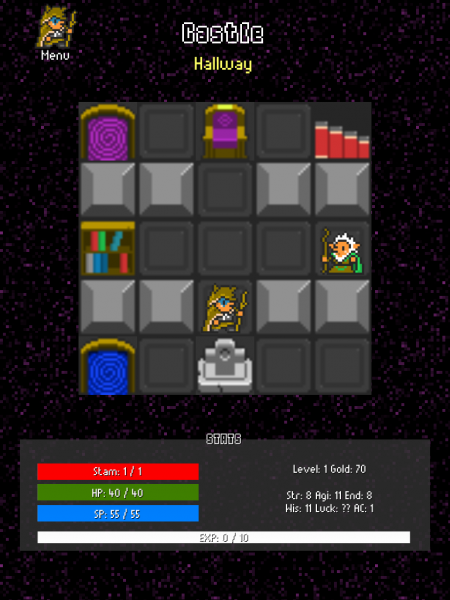 Adventure To Fate: A Quest to the Core JRPG is sure to raise a few eyebrows among the most grizzled and seasoned of adventurers, billing itself as a classic-style JRPG. But can I share a secret with you? I don’t rightly know what constitutes a classic JRPG! The explanations given to me over the years have been as numerous as there are eccentric JRPG characters, yet I still haven’t quite grasped it. But if your understanding of this “classic” genre includes sprite-based graphics, an abundance of loot and monotonous grinding, then you’re in good company.

After sinking a stack of hours into Adventure To Fate, it dawned on me that just because something is billed as “classic,” doesn’t necessarily make it a classic hit. There are often good reasons why genres evolve and mature, leaving behind those elements that are rightfully relics of the past. In this case, Adventure To Fate remains faithful to the spirit of old-school dungeon crawling adventures (with a sprinkling of roguelikes thrown in for good measure), but does so to its detriment. In particular, I have to single out the frustrating and tedious combat.

Each dungeon is comprised of a number of tiles that players traverse to proceed onwards and downwards. Each floor is incredibly small, requiring the player to only move up to 10 to 15 tiles to make it to the exit. To fit combat into the equation, you’ll end up engaging in turn-based battles on almost every tile. I turned it into a minigame to see how many tiles I could move before encountering an enemy: my record was three. Upon encountering an enemy, don’t expect an adrenaline-pumping fight to befit the end of the ages, either. Expect a subdued affair with both sides missing their attacks repeatedly.

If you can’t tell, this wears thin pretty quickly, completely disrupting the flow of the game. Even more frustrating is when you die at the deformed hands of the dungeon boss and have to grind through the floor all over again. Maybe this approach appeals to the most hardcore JPRG fans among us, but it didn’t appeal to me.

Despite this, Adventure To Fate is certainly not a write-off. For better (and worse), the dev has captured that familiar essence of classic adventuring which has become the staple of modern-day RPGs. When you do grind out a tedious victory over a particularly tough enemy, enjoying the spoils of war and buffing up your character with shiny new equipment never gets old. The game is also tinged with a touch of that quirky JRPG flavour that makes such games so memorable. Transforming into a bear to fight warriors that look suspiciously like Sand People from Star Wars. Sure, why not!

So while elements of Adventure To Fate are enjoyable, the frustrating and repetitive combat sucked most of the fun out of it for me. Still I wouldn’t be surprised to discover there’s hardcore JRPG fans out there that have an absolute blast with this game. If you’re not one of those fans, you would do better to find another game to occupy your time. 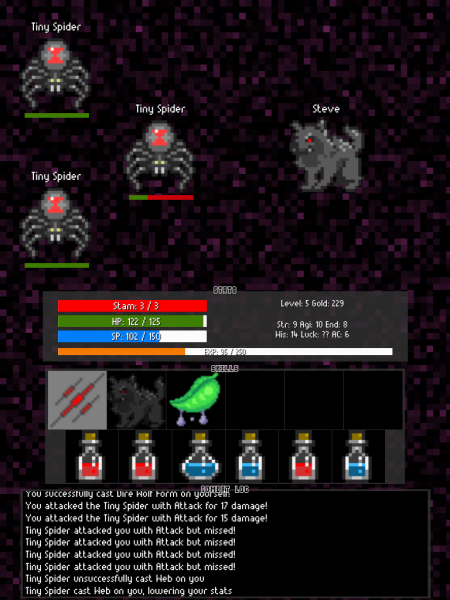 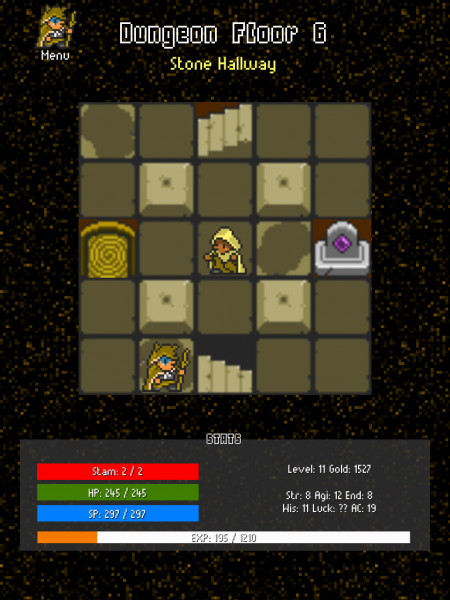 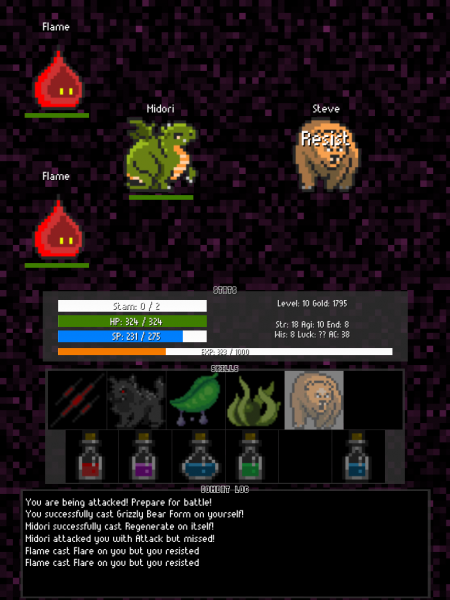