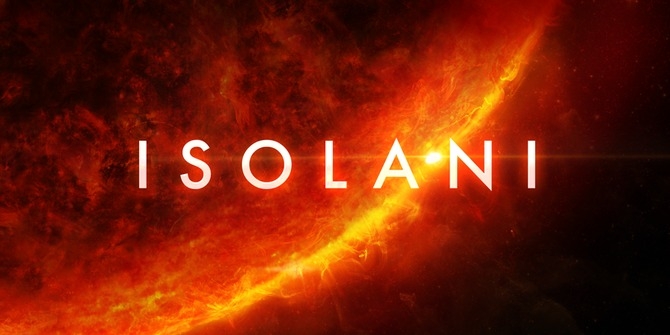 In chess, Isolani is the name given to the queen's pawn when the tiles on either side of it are devoid of pawns. Exploring this theme of isolation with the death of the universe's last star, Isolani's story is set to unfold through an episodic drip-feeding of content, delivered via a free-to-play structure.

Developer DeNA continues to explore control methods for FPS on the touchscreen platform - having previously released The Drowning - and Isolani controls well. The right finger swipes to control the camera, and the left to run forward, backward and strafe with a floating virtual thumbstick. These can be reversed if you prefer, with firing set by default to auto-fire, although it can also be switched to manual. I recommend the auto-fire option, as the skill comes from quick aiming rather than fast tapping.

I would also recommend turning the aiming sensitivity way down as I found the default setting made it too difficult to adjust by small increments.

The first few levels I played were fun, although a little bland to look at. The visuals themselves are crisp and the animation very smooth, but the environments seem to lack a little flair. Both The Drowning and Isolani are free (with IAPs) so why not hit the links below, give them a go, and hit us up on our social feeds with your thoughts.

For an FPS alternative check out Neon Shadow, which features splitscreen playability on the one iPad, with either co-op or deathmatch - a great, novel idea.