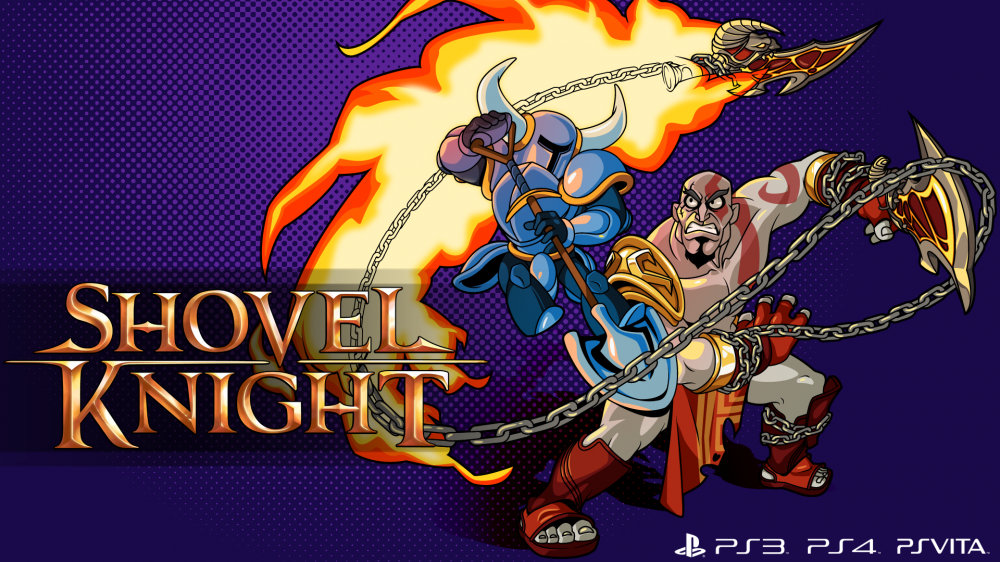 It's a question you would expect The Big Bang Theory's Howard to ask Raj:

"Who would win in a fight between Kratos and Shovel Knight?"

A conversation of Geek God proportions would ensue.

Yacht Club Games is bringing its 2014 retro platforming hit Shovel Knight to PlayStation hardware on April 22, with a special guest appearance from one of Sony's cutest and cuddliest mascots. In a fun twist, you won't actually be playing as the God of War hero, you'll be fighting against him, and anyone who's had first hand experience dipping into Kratos' grab bag of death dealing tools will know this will be no easy task.

The developer announced today on the PlayStation Blog that the battle is just one of many secrets and "double secrets" to be found within the game. What the hell is a double secret? We're pretty keen to find out.

Check out the trailer below and wait until the very end for a glimpse of everybody's favourite bull in a china shop.